I'm sure it comes as no surprise that I'm a huge fan of Sarra Manning.  So it was with incredible excitement that I picked up her latest adult read, Nine Uses For An Ex-Boyfriend.  I haven't reviewed this one yet, but I did enjoy it after I let the story and the character's decisions sink in a little bit first.

I've written before that I don't enjoy story lines that involve cheating and I still don't.  I think it's a horrible thing to do to somebody and it would be awful to find out that your partner had cheated on you.  It just brings up horrible feelings of anger and betrayal but also on inadequacy and all of those emotions combined is a story line that I would generally avoid.  But as it is Sarra Manning, I really wanted to give this book a try.

It's the story of Hope Delafield who finds out at this horrible dinner party that her boyfriend (of 13 years!) is cheating on her with her best friend Susie.  The rest of the story is of Hope dealing with this betrayal and trying to define for herself of how much can she forgive?  Is it okay for her to take her cheating boyfriend back if it's just a drunken kiss? Can she move on with this relationship if it's more than that? If it's love?

I really felt for Hope being in this impossible situation.  Obviously I wanted Hope to stick up for herself more, to kick this guy out and move on.  But I could also see how hard it was for Hope to walk away from a relationship that has lasted for such a long time.  Walking away means the end of a thirteen year relationship as well as an end to the future that she had planned with him.  It's scary and hard and I don't envy her position and her decision at all.

I think it can be really easy to sit on the sidelines on this one and say very clearly that personally I wouldn't accept cheating in any of the forms, and I'd hope that I'd have enough willpower and think enough of myself to get out of any relationship that would involve cheating.  But I think that Hope's story is pretty realistic in the way that it shows how much of an effect it does have on different areas of Hope's life.  I finished this book and I found myself questioning my own thoughts on opinions on the topic, and I quite enjoyed that reevaluation! So now I'd like to hear from you...


What would you do? 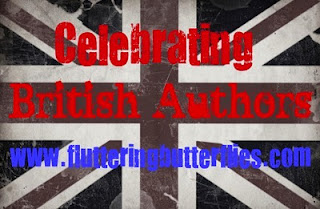 Written by Michelle Fluttering Butterflies at 08:19