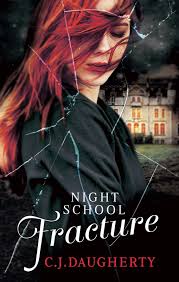 AHHHH! It's finally here, the *final* section of the exclusive story from Carter's POV.  How excited are you?!  Let's get right to it:


‘Listen, Jules …’ He faltered and she looked at him with concern.

‘What’s the matter? Did something happen?’

‘I just think …’ He reached for her hand, threading his fingers through hers. ‘We need to be careful. You matter to me. And I couldn’t bear to lose you. After Allie, I’m afraid that …’ He shook his head then and just said it simply. ‘I’m afraid.’

Reaching up, she rested her palm gently against his face. His eyes drifted shut as he leaned in to her touch.

He’d been so lonely for so long it hurt not to be alone.

‘Listen to me, Carter West,’ she said with soft determination. ‘You will never lose me. Whatever happens tonight or tomorrow night or all the tomorrows after, I will always be there for you. Do you understand me? Always.’

As she said the words he’d always wanted Allie to say his eyes flew open. He saw nothing in her dark blue gaze but love and honesty.

He so wanted to believe she was right. Maybe, all this time, he’d been looking

in the wrong place. Trying to make something happen with Allie when Jules was right here. Waiting for him.

‘Jules …’ With a sigh of surrender he lowered his lips to hers.

Twenty minutes later Carter and Jules walked down a side staircase to the ground floor, hand-in-hand. He could still feel the touch of her lips against his. Smell her scent on his clothes. They moved with easy synchronisation.

He felt happy for the first time in weeks. His thoughts were clear of the haze that had hung over them since he and Allie broke up. He felt focussed. Alive.

As they neared the great hall, Carter noticed the crowds seemed to have thinned. Jules looked around with a puzzled frown.

‘I hope we haven’t missed the speeches.’ She dropped his hand and hurried her pace. ‘Isabelle will kill me.’

Before he could reply they both heard the pounding of footsteps. A Night School student shot by them, loosening his tie as he ran. He was heading for the basement staircase.

Someone called their names.

Everything seemed to move in slow motion as they turned in unison. Zelazny was sprinting down the wide hallway towards them.

‘Training Room One,’ the instructor said without breaking stride. ‘Now.’

‘I guess the party’s over,’ she said. 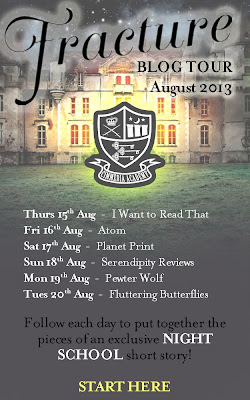 Written by Michelle Fluttering Butterflies at 07:24