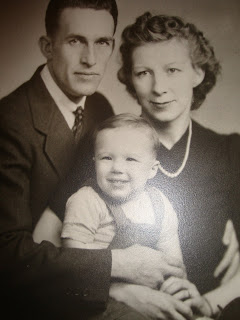 My father was born in 1947 in Eugene, Oregon but the family soon moved around northern California and finally settled in a little town called Benicia. His father worked in contruction and his mom was one of those perfect 50s mom that you hear so much about. She was famous for her cooking and baking, she grew her own fruit and vegetables. As much as he was a boy's boy, he was also a big time Mama's boy as well. He had two older brothers and a younger sister, who nicknamed him 'DD'.

He had one of those childhoods that reminds me of Tom Sawyer and Huckleberry Finn and he took inspiration from both, sailing down rivers into places he shouldn't go. He ran wild and had adventures. He got into trouble and used up so much energy that he never went to bed but passed out at night mid-activity. 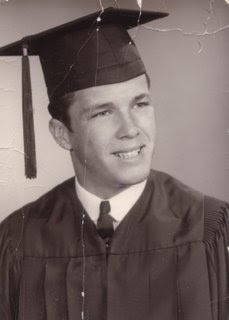 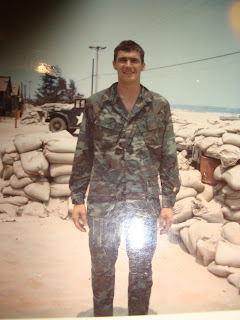 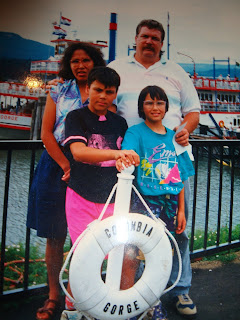 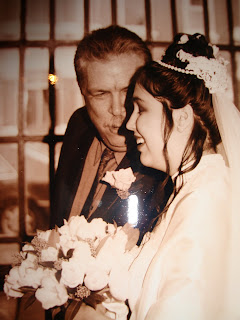 We lived in seclusion in Alaska for 7 years, before my dad felt comfortable living near other people. We moved to Oregon, got our first dog. He stayed at home and looked after us. He was there when we had the chicken pox and poison oak. It was him that fostered my love of reading, encouraged my brother to try out for sports. My dad volunteered as a maths tutor when I was in middle school. He has a great ability to get boys to understand algebra by using sports analogies. He became very active in the wrestling team and became a sort of mentor to most of the team.

Of course there were problems. His relationship with my mother, the divorce, his pent-up anger which stem from his war experiences. He made some bad decisions, but through it all, I've always know that he's loved my brother and me. He was a single father for so long. Drove us to sports practices, took us on holidays. Supported my decision to marry at such an early age and move across the country. He gave me away on my wedding day.

He's led a very interesting life, I'd love to write his biography one day. I bet I wouldn't be able to capture him at all. He has such a loud voice, a personality that people are drawn to. Children everywhere flock to him. He is generous to a fault and gives away most of his possesions every time he moves. The first time he came to visit, he managed to transform a group of strangers on the tube from being stony-faced and unable to look anyone in the eye to laughing and discussing the differences between England and America.

He is a devoted grandparent. He can't see enough pictures of the two boys, he loves every story I tell him about what they're up to. He calls Elliot 'Buddy' and Elliot calls him 'Baba'. The point of my story is this: this time next week, my dad will be here for a three week visit. I am very excited.
Written by Michelle Fluttering Butterflies at 07:39