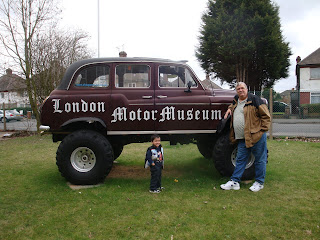 We took Elliot to a car museum over the weekend. It was fun. Definately something different to do on a Sunday. Elliot really enjoyed himself. I'm not really big into cars, but it was fantastic to see Elliot's reaction. A lot of the cars were old American cars and my dad was enjoying telling us about the different cars he had growing up. It was a fun day. 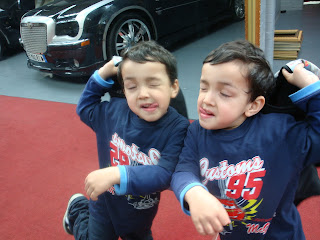 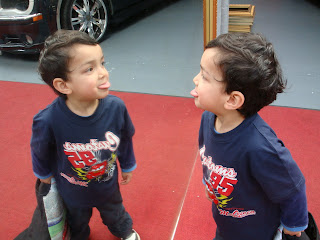 The thing is, that going to places like this, I really find out how strange my oldest son really is. Unbelievably goofy. Apart from the photo of Elliot holding up a car, none of the photos of Elliot were posed. We pulled out the camera, and this is how he reacted. 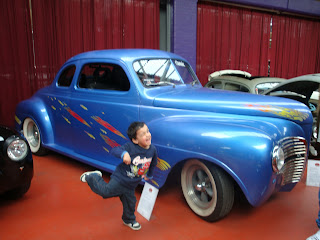 How did I end up with a son so strange? :) Cute, but definately strange. 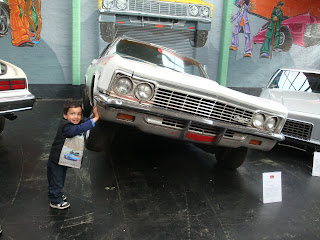 I kind of wanted to 'hold' this car up as well. I now regret that I didn't. One of the Batmobiles was at this place. It was very cool looking. And there were some other cars connected with films like the car that Harry and Ron flew in the Chamber of Secrets movie. (is that right?) And then there's Herbie. The photo may tell a different story, but seriously, I know nothing about Herbie. At all. 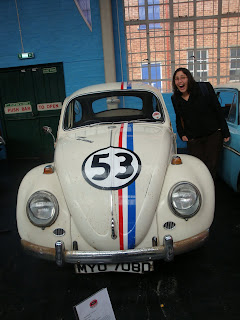 And OK. Possibly.. maybe.. Elliot isn't the only strange one in the family. Only maybe though.
Written by Michelle Fluttering Butterflies at 15:44