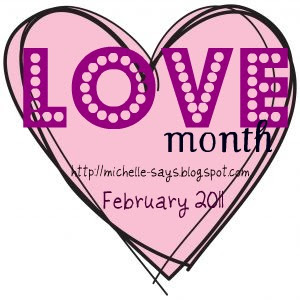 I thought it'd be fun to write a post about all of those love stories that I can't wait to read, sort of Waiting On Wednesday style. I always feel left out when reading those posts. I'm not posting this on a Wednesday, so still sort of left out, but not really. Feel free to mention which love stories, YA or not you're looking forward to lately! First up on my list...

Kiss, Date, Love, Hate by Luisa Plaja - What if you could change your friends' lives and loves through the settings of a computer game...?

Lex Murphy's group of friends have all dated, hated, ignored and lusted after each other for the last few years. If only there was a way of matching people perfectly to avoid all the unrequited love, dumping and drama! Then Lex's friend George is given a mysterious Sims-like game by his software-testing dad which involves building character profiles in the categories of Life, Looks and Love. Lex and George populate the game with avatars for all their mates, making a few 'wishful thinking' adjustments to the settings - and find that the next day these tinkerings have come true! But how long can this new calm, loved-up atmosphere continue?

I don't think the cover of this one has been released yet, as it's not due for publication until 7th of July! Still, I'm very much looking forward to it. I've gotten to know Luisa quite a lot from Twitter and Chicklish, and I say it all the time and to anyone who will listen, but I think Luisa is absolutely lovely, a total sweetheart.

Her first book, Split By A Kiss was incredibly hilarious and so much fun to read that I shall eagerly await any new book of hers. Having said that, just the product description alone would induce me to pick up this book - love and computer games? Definitely appeals to my nerdy side as well as my romantic side. Do look out for a review of one of Luisa's books (I haven't decided which!) during Love month, as well as a guest post for the lovely author herself :)

Jessie Hearts NYC by Keris Stainton - Jessie’s just arrived in New York, hoping to forget about her awful ex.
New Yorker Finn is in love with his best friend’s girlfriend.
They might be perfect together, but in a city of eight million people, will they find each other?

I think discovering Keris Stainton and her wonderful blog changed and shaped the direction that my own blog was headed in, if that makes sense. I adore Keris and her writing. Her debut novel, Della Says OMG! was fantastic. Very swoony characters and snogging and laughter. (Not to mention all the mortifying bits!!) Even so, her book put the smile on my face and I'm really looking forward to this next book of hers! Plus, NYC! All the best YA love stories are set there, aren't they? :)

Shift by Jeri Smith-Ready - Aura’s life is anything but easy. Her boyfriend, Logan, died, and his slides between ghost and shade have left her reeling. Aura knows he needs her now more than ever. She loves Logan, but she can’t deny her connection with the totally supportive, totally gorgeous Zachary. And she’s not sure that she wants to.

Logan and Zachary will fight to be the one by her side, but Aura needs them both to uncover the mystery of her past—the mystery of the Shift.

As Aura’s search uncovers new truths, she must decide whom to trust with her secrets…and her heart.

I think Shade by Jeri Smith-Ready, of which Shift is the sequel, was my biggest surprise of last year. I totally expected the book to be just another ho-hum paranormal romance. And instead, I was rocked by the characters and the depth of emotion and the storyline. I was completely drawn into Aura's relationships with both Logan and Zachary. And while Zachary is still who I'll be rooting for, I do really feel for Logan and the position that he is in. I cannot wait to see where the story will go and to find out more answers and yes, I want more of the chemistry between Aura and Zachary with hot Scottish accent! How long do I need to wait? Published 3rd May.

So Much Closer by Susane Colasanti - Scott Abrams is the love of Brooke's life. He just doesn't know it yet. So when his family moves to New York City the summer before senior year, Brooke has no choice but to follow Scott. It's her last chance to prove to him that they're meant to be together.

What will Brooke do when her biggest dream finally comes true, but instead she wants something more?

There's something about Susane Colasanti's novels that just makes me happy. Each story feels quite sweet and gentle. Her books are books that makes me smile and feel good inside. There's something comforting about them. I've absolutely loved every book of hers that I've read, and I really doubt it's possible for me to disappointed in any of Susane's work. The wait for this one? Published 3rd May.

What Happened To Goodbye by Sarah Dessen - Another town. Another school. Another Mclean. Ever since her parents' bitter divorce, Mclean and her father have been fleeing their unhappy past. And Mclean's become a pro at reinventing herself with each move. But in Lakeview, Mclean finds herself putting down roots and making friends—in part, thanks to Dave, the most real person Mclean's ever met. Dave just may be falling in love with her, but can he see the person she really is? Does Mclean herself know?

Ah, Sarah Dessen. How much do I adore Sarah Dessen, seriously. All of her books have really pulled at my heartstrings in such different ways. And this one sounds like it'll do the same. I love YA books that deal with identity. I don't think it's an issue that stops outside of being a teenager, I still struggle with the way in which my own identity is still changing and mutating. And Sarah Dessen just does it so well, doesn't she? It's very exciting. Publication date? 2nd June.

Chain Reaction by Simone Elkeles - Luis Fuentes is a good boy who doesn't live with the angst that his big brothers, Alex and Carlos, have always lived with. Luis is smart, funny, and has big dreams of becoming an astronaut. But when he falls for the wrong girl, Luis enters a dark world he's never known, and just when he thinks he's got life all figured out, learns some disturbing news about his family that destroys his positive outlook on life. Will that Fuentes bad boy streak come out with a vengeance and lure Luis to live on the edge like his new girlfriend and his own father?

I know that I'm not alone in my adoration of the Fuentes brothers. At the moment, I prefer Carlos to Alex, but I'm dying to know where Luis will end up in the ranking. Especially with that HOT cover art. My god. I think it's an interesting twist to make Luis's love interest a bad girl instead of him. But I think that product description is teasing me. Is he a bad boy or not?! Dying to know. Really. Wait time? Publication date - 24th May. Just remember to breathe until then.

Written by Michelle Fluttering Butterflies at 10:11