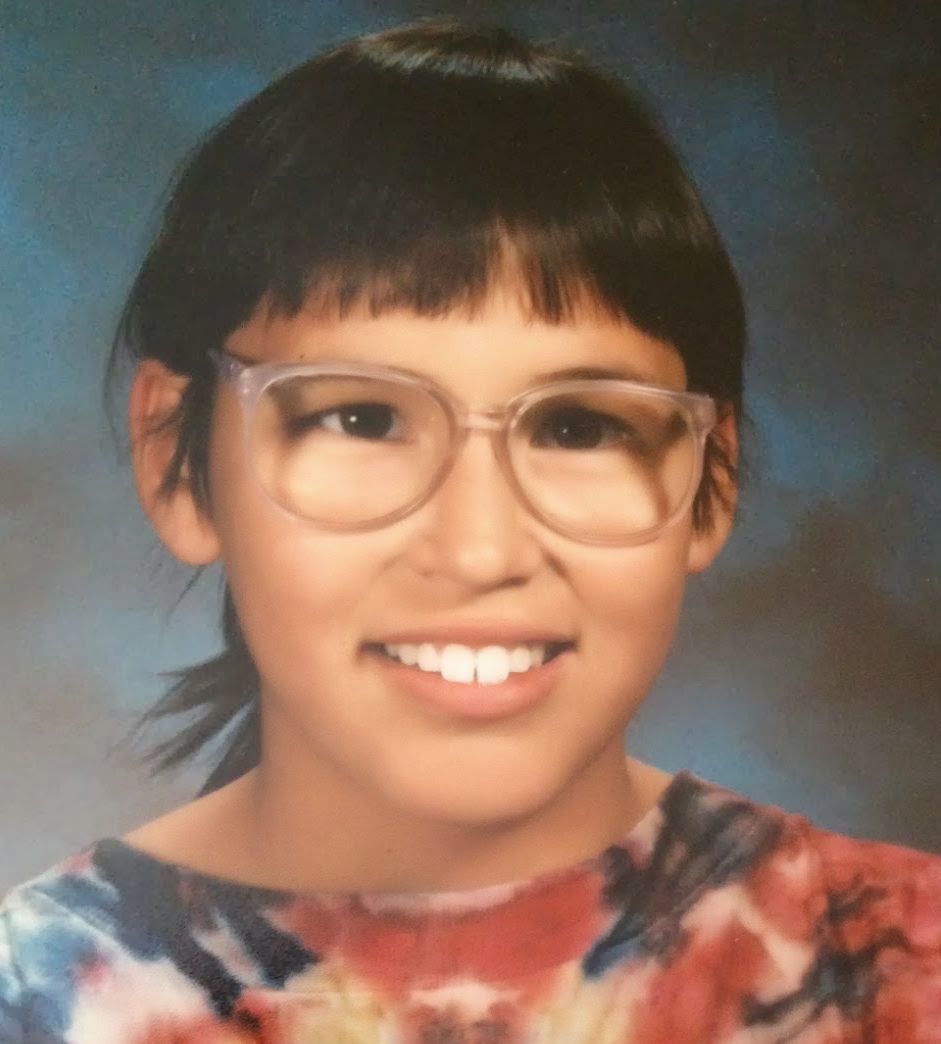 I'm mixed race. My father is white and traces his ancestors back to many European countries. My mother is from the Tlingit tribe of Southeast Alaska. Growing up, I knew nobody but myself, my brother and my mother who was Native Alaskan. Nobody outside our small family could even pronounce 'Tlingit' correctly.

It was difficult growing up.  Perhaps it would have been different if I grew up in say, Juneau, which has a large population of my mother's family and other Native Alaskans? I'll never know. I predominantly lived and went to school in all-white communities. In my elementary school there were 4 children of colour. Me, my brother, a black girl and a half-Korean girl. In a sea of white faces.  Things were marginally different in middle school and high school.

But nevertheless, I was still picked on incessantly because of my race. I was mistaken for Mexican quite a lot and had several racist nicknames that I was known by. My (white) dad picked me up once from a sports practice and he was told 'there is no way that YOU are the father of THIS child' and I cried. I remember being 7 or 8 in the shower and I was scrubbing at my skin viciously in the hopes that if I scraped away the dirty brown layer of my skin, I'd be pinky white (and therefore beautiful) like all the other children.  Every where I looked I saw white faces. And everything, from the way I was treated by other children and books and TV and films and magazines, they all made me feel like white was best and white was beautiful.

It was confusing. I always felt like I had to choose between being white and being Native Alaskan and because of my skin colour, white was taken out of the running.  But with my mother having left at a young age, I didn't know anything about what it meant to be Native Alaskan. There were some places I could go to learn arts and crafts of other Native Americans.  But the difference between being Cherokee (for instance) and being Tlingit is immense. Our two lives and cultures and experiences are not the same and are not interchangeable.

So where did that leave me?

And throughout these years of bullying, and name-calling, I did turn to books for comfort and escape.  But the books I was reading never told my story. They were mostly about white, middle class boys and girls struggling with things that felt alien to me. I never did find any books about mixed race bookish girls who didn't fit in with other girls and was picked on and felt confused about her heritage and where she fit into the world.

I did find some books about Native Americans. They did exist even back when I was a young child. But they were mostly incredibly problematic. A lot of them were about finding out more about the white people's religion or culture and how that was superior to their own or about falling in love and changing who they were to suit someone else's needs.  These weren't the type of books I felt okay with reading. I wanted bold, empowering stories about girls who were different.

And I didn't realise it at the time, but I think that's why I fell so in love with books and stories and memoirs about Jewish people during WWII. It started with Anne Frank and I went on to read anything else about Jews during this period of time that I could get my hands on.  I can see now that I was empathising with Jewish people - they were different and being persecuted for being different but there were so many stories of people from all backgrounds and beliefs that fought in that struggle together.  And I think that's what I always wanted for myself.  I wanted to see people fighting for me, telling me it was okay to be different. That it was okay to be myself.

There's this quote that I read by Junot Diaz which has always struck a chord with me:

“You guys know about vampires? … You know, vampires have no reflections in a mirror? There’s this idea that monsters don’t have reflections in a mirror. And what I've always thought isn't that monsters don’t have reflections in a mirror. It’s that if you want to make a human being into a monster, deny them, at the cultural level, any reflection of themselves. And growing up, I felt like a monster in some ways. I didn't see myself reflected at all. I was like, “Yo, is something wrong with me? That the whole society seems to think that people like me don’t exist?" And part of what inspired me, was this deep desire that before I died, I would make a couple of mirrors. That I would make some mirrors so that kids like me might see themselves reflected back and might not feel so monstrous for it.”

In fact, reading this quote made me cry. It made me cry when I first read it and just now when I read it again to include it in this blog post. Because that's exactly what it felt like growing up and seeing no reflection of myself in anything. I felt like there must be something wrong with me.

And that's why I think diversity matters.  Let's have more mixed race characters in books and more diversity and let's not leave behind those children without any reflection. Let's let them know that they matter and that it's okay to be whoever we are.
Written by Michelle Fluttering Butterflies at 08:00