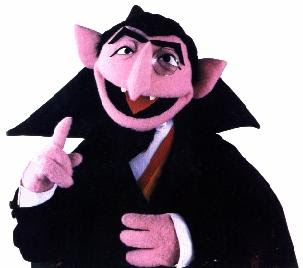 Hello! I hope you're all very excited. It is now the 1st of October and at the end of the month is one of my favourite holidays, Halloween. Back in America, it was always a very big thing. People went all out buying miniature bags of sweets for trick-or-treaters, everyone would have pumpkins on their front porches and tacky Halloween decorations in the windows and their front lawns.

Shops and main streets would be all decorated as well, there'd be plenty of Halloween parties and events to go to. And here in the UK... not so much. It is becoming a teensy bit more popular in the 11 years that I've been living in England, but not by much. And I miss my American Halloweens. And while there isn't a lot that I can do to whip people in my neighbourhood or my town into a Halloween-inspired frenzy, I thought the least I could do was to host an event on my blog. So that's what my Paranormal Month will be all about, celebrating the mythical creatures that populate a big portion of the YA books I read. 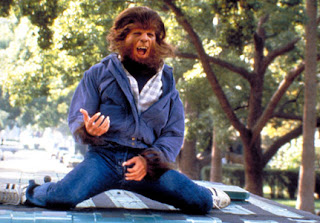 We'll have vampires and werewolves aplenty. There will be evil fairies and zombies and some demons. To balance some of that out, and for you light-weights out there, I have included reviews of one or two books about mermaids as well. It's looking set to be a pretty fun month and I hope everyone enjoys it.

To celebrate the start of my Paranormal month, I've got one brand new hardback copy of Darkness Falls by Mia James as a giveaway! Just leave a comment on this blog post (with some way of contacting you, if you win) and you will be entered. This is open internationally and I shall be contacting a winner by email by the 16th of October.

I don't want this month to be all about me though - I'd love to hear your own thoughts about paranormal YA - so I've compiled some questions that I'm dying to know the answers to. And for some extra incentive, for every person who takes the time to fill in the form, you will be given a second entry into the giveaway.

Darkness Falls by Mia James - April Dunne is having a rough time. There are vampires in her school. Not Goths, or Emos in fancy dress. Dangerous, blood-sucking semi-immortals. They run the school. They pretend to be students at it. And they're using their influence to recruit smart, rich students - aka 'bleeders' - to their own cause. What is that cause? April isn't sure. But she knows they killed a rock star for it, and innocents who got too close to the truth. One of them almost killed her. But that's nothing to what's coming next. Gabriel, her kinda-boyfriend, is dying and unless April can find a cure then not only is she going to be boyfriendless, she's also going to lose one of her major allies in the school. And she really needs allies. Because it turns out April has an ability of her own, one that could prove lethal to the 'Suckers' who've taken over the school. If any of them figure out what she is, then losing her boyfriend will be the least of her problems ...

Stay tuned, when later in the month, I'll have an extra special guest post from Mia James! It should be a lot of fun, I hope everyone enjoys my paranormal month...

Good luck on the giveaway!

Written by Michelle Fluttering Butterflies at 09:04

Email ThisBlogThis!Share to TwitterShare to FacebookShare to Pinterest
Labels: Books, paranormals, YA