I'm not sure how many of you know this, but N is 6 years older than me.  And that means that while *I've* just hit the big 3-0,  he is approaching the next big milestone!  And because our friends are closer to his age than mine, something I've been thinking about a bit lately are things I'd like to do before I've turned 40. Our before N turns 40, more likely.

I did create a list before of things I wanted to do before 30, but I don't think I left myself enough time to do everything I wanted to do from that list.  N turns 40 in 3 years, so that gives me much more wiggle room.   Here are the first three things on my list, expect to see more posts as I add more!

I don't even remember the first time I heard about Cirque du Soleil, but I must have been fairly young because it seems as though I've always known about them and have always wanted to see a performance.  With a mixture of music, circus skills and street entertainment, I just feel like seeing the Cirque du Soleil would be really beautiful and interesting! 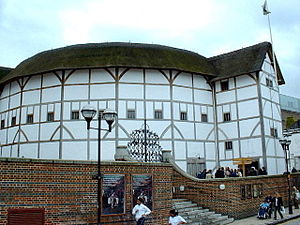 See Shakespeare at The Globe

There was a time when N and I would go to the theatre pretty often.  We've seen all kinds of things from huge productions like Les Mis and The King and I to more intimate plays with a smaller cast of characters. Then the boys were born and we just stopped going altogether. And I find that rather sad.  We have taken the boys to see pantomimes and some children's plays including fab productions of Room on the Brook and Percy Parkkeeper, but it isn't the same.  And I love the idea of seeing a Shakespeare at The Globe.  I hear even the costumes are made from only materials that could be acquired in Shakespeare's time.  I love how authentic they've tried to make the experiences!  It sounds like a lot of fun and it'd be a shame not to do... 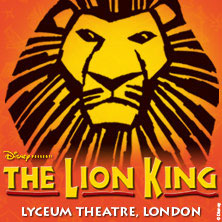 I don't even remember how many years that I've been saying that I wanted to see The Lion King in the West End.  It's been many years.  I remember when I was younger my best friend at the time and I watched The Lion King every single day for an entire summer. Her family ended up with two cats that we named Simba and Nala.  We'd burst into song randomly ... and every time I think of The Lion King, I think of that magical and innocent summer when everything was uncomplicated and fun.  And I'd like to experience the magic of The Lion King again, in the theatre and see how that compares!

What would be on your list of things to do before you reach a certain age?
Written by Michelle Fluttering Butterflies at 08:19