A little bit late with this blog post... but better late than never, right? There are lots of amazing UKYA books out this month! I enjoyed After Eden and I have Dark Satanic Mills, Butterfly Grave, and Tinder on my TBR pile.

I don't have any guest posts or interviews lined up this month but hopefully you'll see some reviews up on the blog this month.  Let us know which books you are most looking forward to reading? 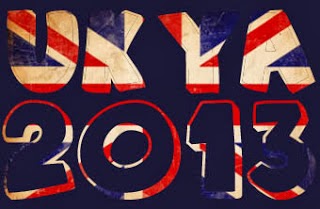 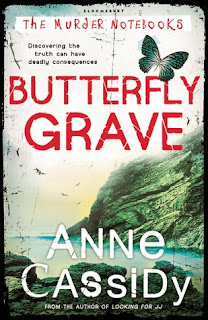 Joshua’s uncle has survived a near fatal accident and Rose and Joshua drive to Newcastle to visit him, along with their friend Skeggsie.

Joshua is convinced they are being followed. Can it be true, or is it just his paranoia? Rose and Joshua do not know who to trust – even Joshua’s uncle has a dark past, touched by murder. And then the precious murder notebooks are stolen and it is Skeggsie who pays the price for Rose and Joshua’s so-called meddling. Somebody out there really does not want Rose and Joshua to find their parents. But who? And why?

A taut and pacy thriller, perfect for teens. 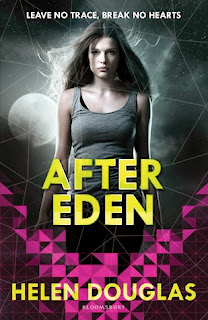 When mysterious new boy Ryan Westland shows up at her school Eden Anfield is intrigued. On the face of it, he's a typical American teenager. So how come he doesn't recognise pizza and hasn't heard of Hitler? What puzzles Eden most, however, is the interest he's taking in her.

As Eden falls in love with Ryan, she stumbles across a book in Ryan's bedroom - a biography of her best friend - written fifty years in the future. Unravelling Ryan's secret, she discovers he has one unbelievably important purpose ... and she might just have destroyed his only chance of success. 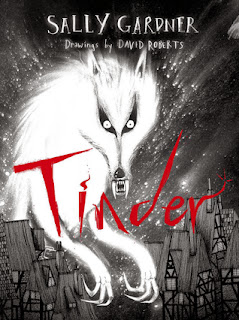 Otto Hundebiss is tired of war, but when he defies Death he walks a dangerous path. A half beast half man gives him shoes and dice which will lead him deep into a web of dark magic and mystery. He meets the beautiful Safire - pure of heart and spirit, the scheming Mistress Jabber and the terrifying Lady of the Nail. He learns the powers of the tinderbox and the wolves whose master he becomes. But will all the riches in the world bring him the thing he most desires?

Fairy tales are often the cruellest stories of all; in this exquisite novel Sally Gardner writes about great love and great loss. 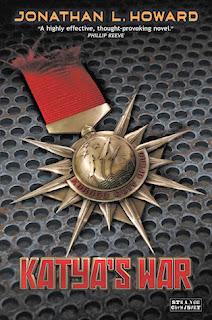 The battle lines have been drawn. The people of Russalka turn upon one another in a ruthless and unwavering civil war even while their world sickens and the deep black ocean is stained red with their blood. As the young civilisation weakens, its vitality fuelling the opposing militaries at the cost of all else, the war drums beat louder and louder. Katya Kuriakova knows it cannot last. Both sides are exhausted - it can only be a matter of days or weeks before they finally call a truce and negotiate. But the days and weeks pass, the death toll mounts, and still the enemy will not talk. Then a figure from the tainted past returns to make her an offer she cannot lightly refuse - a plan to stop the war. But to do it she will have to turn her back on everything she has believed in, everything she has ever fought for, to make sacrifices greater even than laying down her own life. To save Russalka, she must become its greatest enemy. 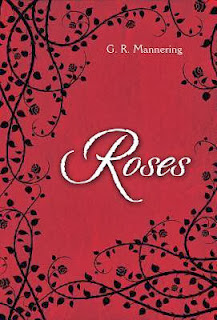 A dark rendition of the classic fairy tale Beauty and the Beast!

'As the gates clicked shut behind them, she heard the distant roar of a beast.'

She bears no name. Her silvery appearance is freakish to the numerous inhabitants of Sago, the cosmopolitan capital of Pevorocco in a fantasy realm. With her mother vanishing at the instance of her birth, she is sent to live with the cruel, rich Ma Dane, where she is punished daily for something, though she knows not what. Tauntingly named Beauty, she flees Sago in a violent uprising that sets out to massacre all Magics and journeys to the furthest point of the country.

But Beauty cannot hide in the grassy Hillands forever. Before long, the State officials find her and threaten to take her back to war-torn Sago where death surely awaits. In a midnight blizzard she escapes them, running into a deep, enchanted forest to a great and terrible beast who will bargain for her life.

But can Beauty accept Beast? Eternity is a long time. 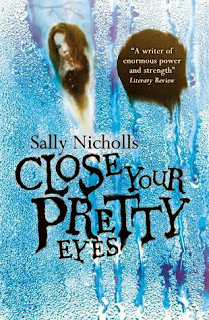 A gripping psychological thriller from the author of the bestselling WAYS TO LIVE FOREVER.

Eleven-year-old Olivia has been in care since she was five, and is just beginning her sixteenth placement. Her new home is a secluded farmhouse, centuries old, where she slowly bonds with her foster family. But the house holds dark secrets. Olivia discovers that it was once a notorious baby farm, where unwanted children were left to die. She becomes convinced that the place is haunted. She is desperate to save her new family from the ghosts. The danger is real - but does it come from the twisted mind of a very disturbed child? A powerful and thrilling story from one of today's most exciting young writers. 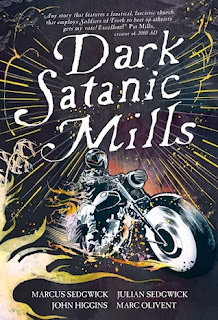 Set in a near-future Britain, Dark Satanic Mills tracks a young girl's journey from the flooded landmarks of London to the vast, scorched and abandoned hills of the north. Framed for a murder she did not commit, the innocent and beautiful Christie has no other choice but to run for her life. Both a cautionary tale and a rip-roaring road trip, Dark Satanic Mills is altogether an intelligent, captivating and thrilling ride – The Wizard of Oz for a new generation, told in exhilarating shades of light and dark.

Which UKYA books are you most looking forward to reading in November?

Written by Michelle Fluttering Butterflies at 07:48