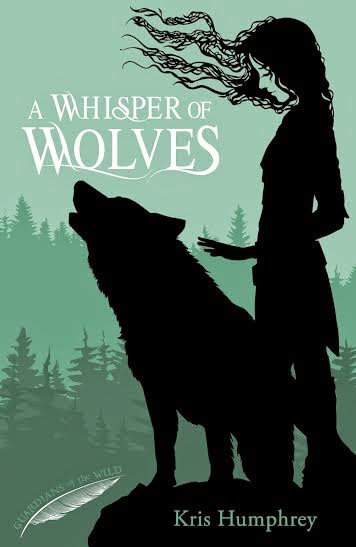 I'm really pleased today to be taking part in the blog tour for A Whisper of Wolves by Kris Humphrey! A Whisper of Wolves is the first book in a 4 part series of new middle grade stories called the Guardians of the Wild, published by Stripes. And it's lovely to have the author, Kris Humphrey, here to talk about some of his favourite fantasy stories...

Here is the product description for A Whisper of Wolves:

A list of my Favourite Fantasy Books
by Kris Humphrey


Redwall by Brian Jacq: Set in a medieval world populated by animals rather than humans, Brian Jacques’ Redwall series got me hooked on reading when I was young. There are warrior mice, treacherous foxes, rat warlords and fighting hares – plus the most incredibly mouth-watering feasts. Just brilliant.


Varjak Paw by SF Said: A pampered house cat is forced to survive in the big bad city, and there is something very creepy going on in the street-cat community. Thoughtful, exciting and beautifully  illustrated, Varjak Paw has the feel of a powerful, modern day fable.


Wolf Brother by Michelle Paver: This pre-historic adventure story is one of my absolute favourite books. An orphaned boy teams up with an orphaned wolf cub and they set out to confront their destiny. It feels magical yet very real at the same time, which makes it fantastically atmospheric and exciting.


Northern Lights by Philip Pullman: As far as fantasy books go, Philip Pullman’s series just cannot be beaten. It spans many worlds, and is home to polar bears, witches, demons and many more amazing things besides. The characters, ideas and story come together so perfectly that it’s impossible to stop reading.


The Dark is Rising by Susan Cooper: Everything seems so normal to begin with, then sinister events begin to unfold and you’re slowly drawn me into a strange world steeped in folklore and mythology. Creepy, intelligent and absolutely thrilling.


The Hobbit by JRR Tolkien: You can’t talk about fantasy books without including The Hobbit. Tolkien’s Middle Earth became the blueprint for an entire genre. Along with the Redwall series, this book cemented my love of reading and set me on course to becoming a writer.


First Light by Rebecca Stead: This is an intriguing arctic adventure with a clever structure that gradually weaves two separate plotlines together. There are husky dogs and an underground city where people ice-skate to school each morning. A rich, immersive tale which I absolutely loved.


Mortal Engines by Philip Reeve: This series takes place in a future in which great moving cities hunt each other across the half-ruined earth. One of the most original and inventive things I've ever read, this is packed with humour, drama and breathless action sequences.


Seraphina by Rachel Hartman: This one’s for slightly older readers, but it deserves a mention because of the sheer originality and depth of its fantasy world. The relationship between dragons and humans is at the centre of the story and everything about it is fresh and inventive.


Sabriel by Garth Nix: Also for older readers, Sabriel is the first in a brilliant series about a girl whose job is to keep the dead from returning to the land of the living. It sounds very dark, but there’s a lot of humour in there too, and some wonderful ideas. Any fan of Philip Pullman should give these a try too.