Earlier this year, our family went to Disneyland. I haven't really talked about it on this blog, have I?  It was a really wonderful holiday and we all had an amazing time.  But before we went and while we were there, the boys had said some really appalling things ... like they'd never seen certain Disney films. Disney films that I felt were classics. And must be viewed by everyone everywhere.

So I reinstated my 'Disney education' in which once a week, the boys and I would sit down and watch a Disney film together. Something preferably that at least one of us hadn't seen before.  Some films can be a bit of a struggle (E in particular heavily resisted watching The Little Mermaid with me!) but it's been mostly a success.  I thought today I'd share with you some of my thoughts on some of the films we've watched as a family together recently. 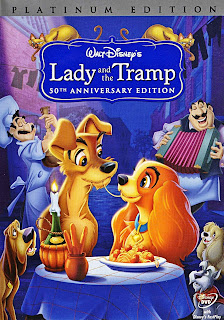 The Lady and the Tramp

The first film we chose was The Lady and the Tramp.  I'd seen this film but N and the boys hadn't.  But to be honest, all I really remembered was that there was some reason (but I couldn't remember the reason!) that Lady left her house, met up with the Tramp and they had the spaghetti and meatballs together. That was it, that was all I remembered.  So it was kind of like watching the film for the first time all over again.  It was sweet.  I liked the two neighbour dogs, I was a little surprised by the whole baby story line (but it made sense!) I was actually a little scared/horrified by the rat angle and also the creepy/horrific Siamese cats and their weird dance.  So, all in all, it was a sweet film.  Nice to watch again. 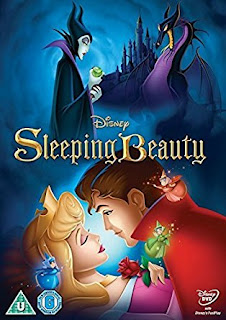 I can't remember who in the family hadn't seen Sleeping Beauty but this was our second choice.  I believe I had watched this film very recently so most of the details of it didn't surprise me.  I think the thing with this film is that it's now so tainted by having watched Maleficent.  It's really changed my perspective! Especially in regards to the flightiness of the fairies.   It's a classic Disney princess film but of course I'd prefer a more feminist version where Princess Aurora and ...the prince spoke more often etc. Still, the whole pink dress/blue dress made me smile. 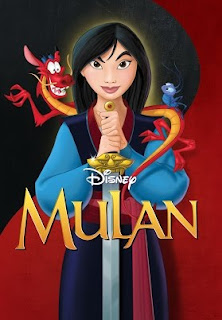 Mulan is one of my favourites.  I think it was N who hadn't seen this film before? But I love it so much.  The songs in this are wonderful. I love Reflections, I'll Make a Man Out of You, and Girl Worth Fighting For especially. Plus, Li Shang? What a hottie. It's all about honour and gender but the boys loved the fighting and the dragon.  Something for everyone.  BRB I'm going to go listen to the soundtrack again... 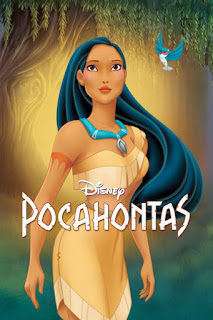 Oh good lord, Pocahontas. I'm sure that I'd seen this film as a teenager when it was first released but I think all I actually remembered of it was a snippet of Pocahontas singing Colors of the Wind ...and that was it.  And it being several weeks now since I've seen it, honestly nothing about the film sticks out for me or makes me watch another watch.  I hated all the songs, I didn't love the simplified version of events.  I was mostly just enraged by it all.  I think the boys wandered off mid-film as well.  Not a family favourite in our house, unfortunately. 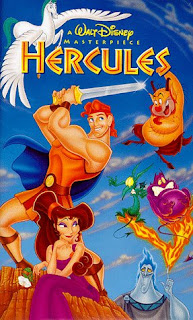 Hercules was the biggest surprise for me, because I had never seen it before.  I don't know how I missed it when it was first released but I'm absolutely positive I had never seen this film before the other day.  The Littlest had. He's seen it three times and seemingly enjoyed it all three times.  I was mostly just surprised all the way through.  I don't know very much about Hercules or Greek mythology and I sure didn't know what to expect from this film.  It was cute though. There were bits I didn't quite get, like the gospel choir, but it definitely kept everyone amused throughout. So I call that a success!

No idea what to choose next for our Disney education.  Any suggestions?
Written by Michelle Fluttering Butterflies at 08:00