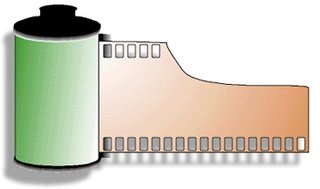 So, whilst packing we founds loads of old junk we would never have remembered about, especially in our basement. My husband pulled out this rotten old box filled with leaking batteries, pulls out something unrecognisable and says to me 'remember film?' It was a box of old 35mm film that we hadn't used since getting our digital camera absolutely ages ago. But what was worse, was I found two absolutely bulging bags crammed with terrible photos back in the days where we had to get two prints of everything because I was in America and he was in England - even two copies of these awful, awful shots. They were clearly labelled 'never to be seen pictures' and the shredding of those took over four days. But luckily, the contracts have been signed and exchanged, and officially our house is sold!
Written by Michelle Fluttering Butterflies at 13:12