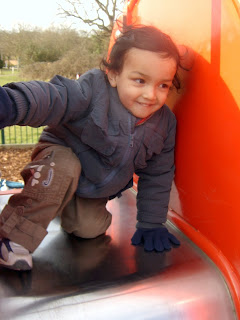 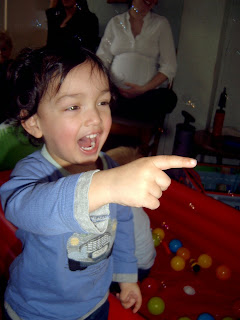 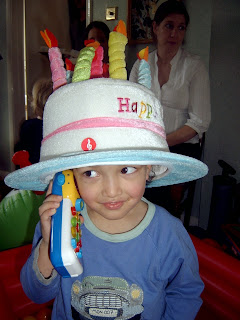 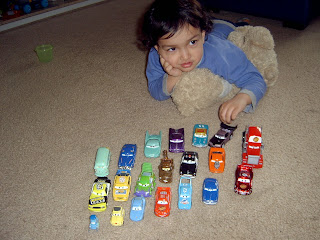 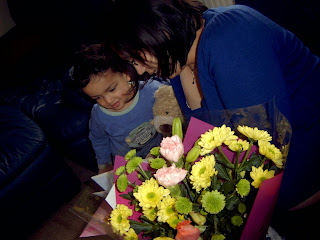 As everyone should already know, I am obsessive about taking photos of Elliot and have taken photos of Elliot every single day of his life. That's two years and three months of photos. It's something I enjoy doing, and will continue to do when the Second Baby is born. With both children. Anyway, here is photographic evidence of Elliot's current favourite things:

1. First we have the park. Apart from the freak five minute snowfall we had the other morning, it's gotten almost warm enough to make regular park trips. Elliot loves the swings and the slide and the seesaw. What 2 year old doesn't? I don't go often enough to the park, but I really should.

2. Next, could be 'playing with friends' or 'birthday parties' but it's on the list, because Elliot loves to point and laugh. Photo number 2 is of Elliot's response to another kid at a party falling over. I blame N, who finds it all very amusing.

3. I chose this photo, because Elliot's most reoccuring favourite thing has to be talking on the phone. Especially to his Nana, but anyone will do. But I guess he loves birthday parties as well. We've been to at least 10 of them this year.

4. Cars. An obsession of his. And N and I encourage him buying building his collection of Disney Pixar Cars. But also his Teddy. That bear is very well loved.

5. And last but not least, his Mama. With Mothers Day just last weekend, I had to include this on the list even if Elliot possibly wouldn't agree. He asks more for his Daddy these days, but Elliot is still sweet to me. I'm clinging to that.
Written by Michelle Fluttering Butterflies at 11:57