I've been thinking a lot about my mother recently. If it seems like she's in the back of my head a lot it's because she is. Part of the reason for this post is a sense of balance, I don't like the feeling that I haven't told the whole story. Part of it is because it was Mother's Day in America recently and I hate that some years I have no choice but to ignore the holiday entirely.

Another (HUGE) reason is the fact that my mother's little sister, my (at one-time favourite) aunt friended me on Facebook, which means I'm one email away from contacting my mother. And a lot of it has to do with a change within myself. My mother had children very young, like I did, and she experiences a great number sad and terrible things. I've been trying to see through her eyes, to reason why she did certain things, why she made the choices and decisions that she did.

I really wish that I knew her better, but I'm afraid as well. Afraid to open a part of my heart that's been shut for so long. I don't want to be disappointed further, I don't want to be hurt again. But is the alternative any better? Is there an alternative to that? I know I don't have all the facts, I know that I have had a negative slant thrown on everything I know about her. But I've grown up believing a certain thing and I wonder how much that knowledge has shaped the person that I've become? There's only one way to find out. Send that email. Get her phone number. Talk to her, ask her questions. Open up and share my life with her. Am I ready for that? I don't know. 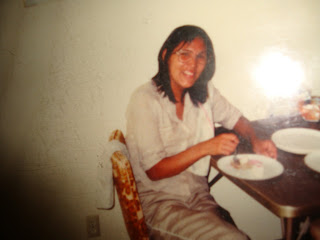 I don't have any photos of her before these. There's so much more to this story, but this is what I know that is the truth. I know she grew up on a Tlingit reservation in Alaska as the youngest but one in a family of 11 children. Alcoholism claimed many in her family, including herself. She dropped out of high school (like me). She married at 18 (like me). Her first husband went to prison. She was living in Seattle when she met my dad. He worked in the apartment building she lived in and he fell in love with my brother, David, who was only five months old. She was 18 when she had David, only 20 when I was born. 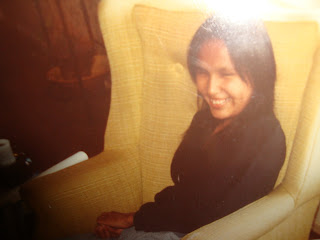 When the two of us were still young, she went back to school to get some qualifications (like me). She worked in low-paying, unskilled work. Factories mostly, usually the night shifts. She didn't learn to drive until she was in her mid 20s (like me). When I was 10, doctors told her that she may have ovarian cancer, but they turned out to be a huge number of cysts on her ovaries. Her ovaries were removed followed shortly by a full hysterectomy. She was only 30 at the time. 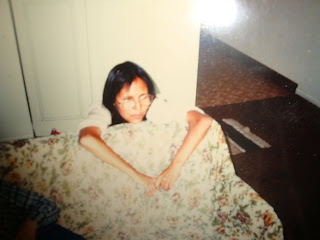 Despite all the things we said and did to hurt each other over the years, I still believe that she wanted better things for me than she had herself. She sent me packages when both of my boys were born. She liked the idea of being a grandma. 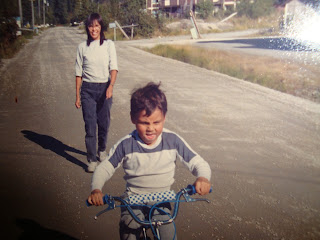 She's made terrible mistakes in her romantic partners. Terrible ones, that affected my life and my opinions of her. It'll take a lot for me to get past what those mistakes cost me. Aside from that, she went back to studying, worked hard to get a good job, built a life for herself. She's spent a great deal of time caring for her elderly father. She's taken in her sister's kids so they wouldn't be put into care. As far as I know, she's remained sober for my entire life.

In many ways, I'm proud of her but my feelings about her will always be more complicated than that. Any one emotion will always be connected with sadness, pain and disappointment.
Written by Michelle Fluttering Butterflies at 11:38