I have a thing about fun hats. I have wizard hats, a turkey hat, head-boppers, monster ears, bunny ears.. loads of fun things to put on my head. And, we have a bit of a Christmas tradition involving hats. Somehow it's worked out that N buys me a special Christmas hat every year! I love traditions that add to my collection and/or my craziness.

Here are just SOME of the hats modelled especially by my Littlest. 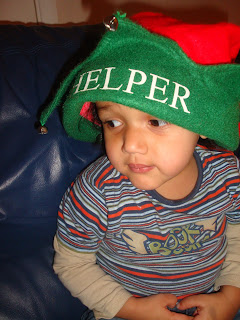 This Santa's Helper hat has little bells attached and make quite a little racket. This hat doesn't often come out of my special Christmas box as last year Littlest ripped some of the bells off and stuck one in his mouth! 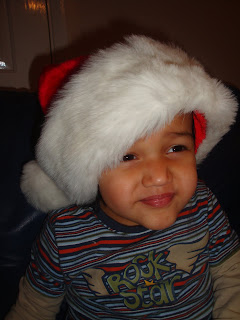 Did you know I never had a normal Santa hat before? I didn't, but I do now! It's so furry and it's great for keeping a head warm and putting a smile on Littlest' face! 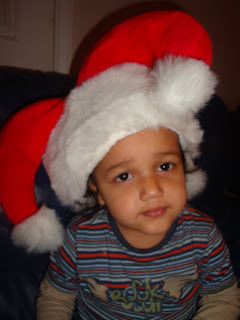 Instead, I have hats like this. Typical Santa hat, but in a jester style with three points. This hat is quite small though and neither child much likes wearing it. Sadface. Cute though. 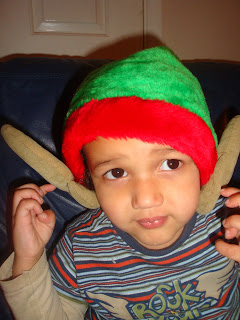 This is one of my favourites. It's an elf hat, but with ADDED EARS! How cool are they? Littlest couldn't keep his hands off them. 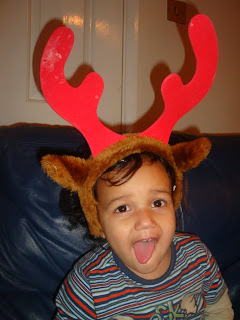 These reindeer antlers are by far his favourite. He kept taking them off and putting them on and making the cutest faces. I remember we bought these antlers the first year I moved here, so possibly my oldest piece of headgear! 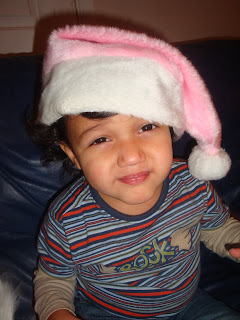 This was last year's hat. Pink! Couldn't be cuter, really! 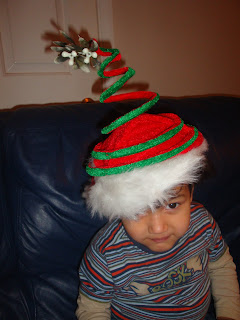 And finally, this year's hat. My favourite of the lot, I think. That's mistletoe at the top and on the white brim is a read 'Kiss Me' Ha! 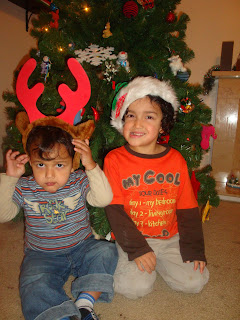 I think it just might be beginning to look a lot like Christmas...
Written by Michelle Fluttering Butterflies at 08:33