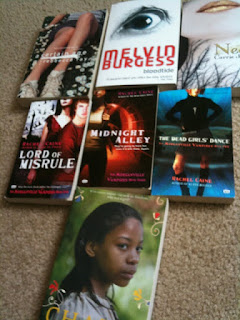 These are the books I picked up from charity shops. I'd seen Need around for awhile, heard good things about it. I quite like Laurie Halse Anderson, though not a big fan of historical fiction, but we'll see how it goes. Three more books in the Morganville Vampire series at a bargain price! And finally, I saw A Certain Age somewhere recently and it stuck in my brain. Bloodtide was a random book I picked up to go along with the BOGOF offer. 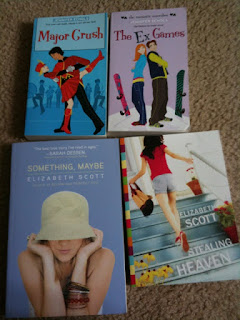 Some great swaps this week. Jennifer Echols and Elizabeth Scott are two of my favourite YA authors at the moment. I was so excited about these books that I've already read The Ex Games and Something, Maybe! Really liked them both! 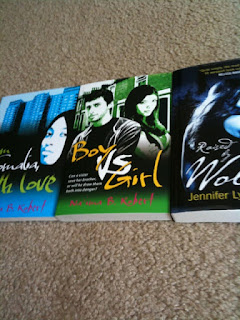 And finally, here are some books sent to me via the publishers. The two Na'ima B Robert books were sent by Frances Lincoln (thank you!) and I've already posted a review of Boy vs Girl here. Raised By Wolves was won in a giveaway by Wondrous Reads and sent from Quercus (thanks to you both!)

Have you read any of these books? What books arrived in your house this week?
Written by Michelle Fluttering Butterflies at 10:59