E. Lockhart offers a hilarious and realistic look at the trials and tribulations of being a teenager in her third Ruby Oliver novel. Find out what the real treasure is in Ruby’s life as she creates a treasure map of people she cares for and who return her feelings. Ruby is back at Tate Prep, and it’s her thirty-seventh week in the state of Noboyfriend. Her panic attacks are bad, her love life is even worse, and what’s more:

· Noel is writing her notes,
· Jackson is giving her frogs,
· Gideon is helping her cook,
· and Finn is making her brownies.
· Rumors are flying, and Ruby’s already sucky reputation is heading downhill.

Not only that, she’s also:

Ruby struggles to secure some sort of mental health, to understand what constitutes a real friendship, and—if such a thing exists—to find true love.


There's a reason that E. Lockhart is one of my favourite-ever authors - she created an absolutely fantastic, loveable character in the shape of Ruby Oliver. How much would I love to be friends with Roo? She's absolutely mad, and everything in her life is a little strange, but I so want to be part of it. The Treasure Map of Boys is the third book in the Roo series, and it follows Ruby through her junior year at Tate Prep, with lots of laughs and Roo's goofy voice.

Again, Ruby has to deal with the issues of flirty and confusing behaviour from the boys in her life as well as the on-off sort of friendships by her old crowd. Together with a bake sale and some serious awkwardness with Dr Z, Treasure Map of Boys is a fantastic follow-up to The Boyfriend List and The Boy Book. When Dr Z tells Ruby to make a map of the things she wants out of the relationships in her life, Ruby is, of course, consumed by confusion. It doesn't help that ex-boyfriend Jackson is swanning about giving her frogs. Or that Noel is sending her mixed signals with fun notes but then also asking her to 'bodyguard' him from avoiding other girls he's made out with. Denying her feelings for Noel in order to stay friends with Nora and interacting with Jackson again while thinking of Kim's missing friendship really kick-start Ruby's panic attacks and she's more lost than ever.

Together with pygmy goats, Birkenstocks and heavy metal music, this book is an absolute joy to read. I loved reading of Ruby's transformation from panic-attacked Roo into a Roo that's ready to move out of Noboyfriend. I was never a big fan of Jackson, but Noel and Ruby make my heart hurt! E. Lockhart writes about the baffling behaviour of boys incredibly well! What IS Jackson doing sending Roo frogs and hanging out with her at the bake sale? And Gideon and Finn helping her out. And ultimately, the treasure map of boys helps Roo be more comfortable in admitting what she wants and needs out of the friendships and relationships with Jackson, Noel, Nora and the rest...

At the same time as being absolutely dying to read the next book in the series, Real Life Boyfriends, I also feel like crying at the thought of no more Ruby Oliver :( 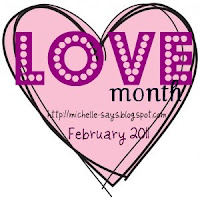 Written by Michelle Fluttering Butterflies at 08:15