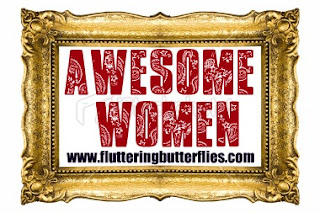 When I think of authors who write fairy tale retellings, there are certain names that just keep popping up. Robin McKinley, Donna Jo Napoli, and Gail Carson Levine. I thought today, with the nearly finished Fairy Tale Week, that I might just write a little bit about these awesome women. It's actually been really fascinating to read about these women and some of their life experiences. 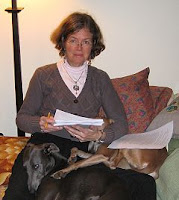 Robin McKinley - Though I don't recall a great deal about my experience reading Beauty, I do recall how I felt when I read it. And that's swept away. Robin McKinley has written quite a few fairy tale retellings in her time - as well as Beauty, she has written another retelling of The Beauty and the Beast fairy tale - Rose Daughter. There's also Spindle's End, a retelling of Sleeping Beauty (which I have but not have not read as yet!) and Deerskin and The Door in the Hedge.

What I love most is that Robin McKinley has created books with female characters with characteristics that Robin herself has felt that she possessed. So the girls are clumsy or bookish, with no interest in flirting or dating. Girls who might be plain but are strong and adventurous. She says she wanted to write strong women in fantasy books. I love that and can approve. Robin's lived in loads of different places and done many different jobs from editor to barn manager to full-time writer. She has published many other books aside from her fairy tale retellings as well and I had no idea she was married to another children's author, Peter Dickinson! 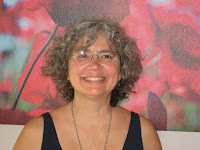 Donna Jo Napoli - I love this, getting to know more about an author. Donna Jo Napoli, of whose Zel I've reviewed this week, is the author of a vast amount of books for teens as well as middle grade and younger children. She is very well educated, getting both a BA and a PhD from Harvard and studying at MIT. As well as being an author she is also a professor of linguistics and she writes extensively within the subject.

Some of her fairy tale retellings include Zel, which I've reviewed this week. Beast a retelling of Beauty and the Beast, Bound a retelling of Cinderella, The Magic Circle a retelling of Hansel and Gretel from the viewpoint of the witch, and Spinners which retells Rumplestiltskin. 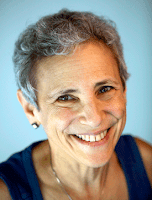 Gail Carson Levine - Honestly, this is fascinating. Apparently Gail Carson Levine grew up in a very creative house - her father owned an art studio, her mother was a teacher involved in writing plays for her students to perform and an older sister who's a painter. That had to have been an interesting household to live in. But she didn't go straight into writing books. Instead she studies philosophy and has an interest in acting before working for the government helping people to find jobs for many years.

She then starts taking writing classes but is rejected for nearly a decade before having any success (take heart out there all you aspiring authors!) And her first novel, Ella Enchanted, a retelling of Cinderella wins the Newbery Honor. Wow, I love it. It's like a fairy tale of writing and publishing. After reading and loving Ella Enchanted, I've also read Fairest, set in the same world as Ella Enchanted but is a retelling of Snow White. She has also written other Princess Tales and other magical books.