I can remember very clearly the first time a musical really caught my eye. Of course I'd grown up with the songs in Disney films, like Beauty and the Beast and Cinderella and The Little Mermaid, and I probably watched The Wizard of Oz as often as I could (the Scarecrow is my favourite), but I remember the first time I really became a 'fan' of musicals. 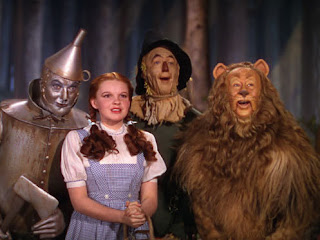 I was in 8th grade and we'd just moved acrossed town and I'd enrolled in my third middle school in three years. My dad somehow convinced me to join this new scheme the school had started, of using peer counsellors in order to work out petty squabbles and problems between classmates. As part of the peer counsellors, I was sent on a long weekend to a nearby city in order to attend seminars and lectures. It was like a mini-vacation as a bunch of us girls shared two adjoining hotel rooms for three days of only half-hearted interest in the seminars. Most of the other girls were quite popular and I felt like I'd sneaked into something special for a few days. 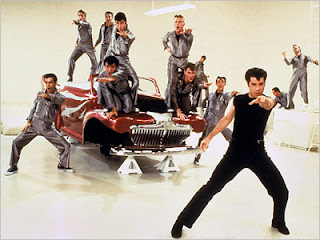 On one of the nights, one the really popular girls got really excited that Grease was showing that night on television. She jumped on the bed and started singing and dancing to Summer Lovin' and Grease Lightning. I had no idea what she was on about and when she found out that I'd never seen the film, it became a slumber party and we all crowded in to watch it together. I loved every minute of it. Before the weekend was over, she recommended a bunch of other musicals that she loved as well. 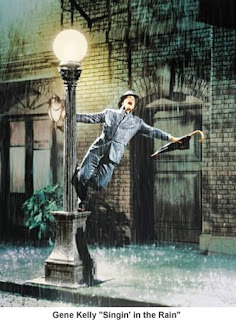 I wonder now if how much of my enjoyment of Grease was because was because for a few hours anyway, I felt included within this group? It doesn't really matter, I guess. I didn't really look back. I loved watching The Sound of Music in a different light. I absolutely adore Singin' in the Rain and Annie. I made it a point to watch Fiddler on the Roof and Guys and Dolls. When films like Chicago and Moulin Rouge came out I was quite excited. 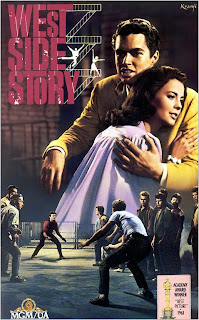 And West Side Story, of course, became one of my all-time favourites - I love the singing and the dancing and the romance and oh, the heartbreak. You should have seen the excited look on my face when I was 16 and was taking classes at a local community college. I was falling a bit behind and my professor said that I could earn extra credit by joining his movie club - the first film they were showing? West Side Story. Ha. I was so there. But I still always remember Grease as my first. 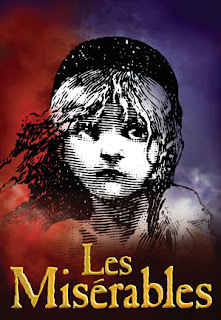 It didn't stop at just watching film musicals on television though. I've managed to persuade N to take me out to the West End and see incredible musicals there as well. Musicals like The King and I which swept me away even more than it did when I watched the film. And when my dad came to visit once, I took him to see Les Miserables, which was just beyond incredible. The huge set and beautiful costumes and the gorgeous singing. I was amazed by the entire experience.

My absolute favourite musical I've seen on the West End? Without a doubt, it would be Wicked. Despite not really liking the book by Gregory Maguire at all (or any other book that he's written, in fact) I absolutely adored every second of seeing Wicked. Even now, hearing Defying Gravity will give me goosebumps. I've tried to embed a YouTube video of Defying Gravity, I hope it works...

I do hope to continue going to see musicals in London. Our trips to the West End petered out around the time I fell pregnant with my Eldest, but I have asked N to take me to see The Lion King this year as my super special treat. I shall definitely let you know what I think of that when it happens :) 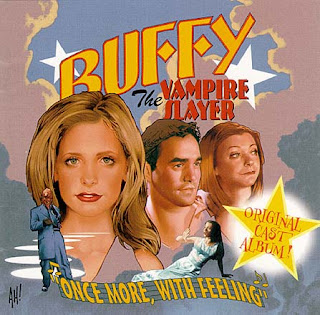 And of course, my love of all things musical don't stop there. I can't help but mention the absolutely brilliantly done musical episode of Buffy the Vampire Slayer. Once More With Feeling has to be the top album that I listen to. I really can't tire of listening to that album. Joss Whedon was so spot on with the lyrics. Hugely clever, funny and very emotional.


So, there we have it. I love musicals. Which is your favourite?
Written by Michelle Fluttering Butterflies at 09:10