Welcome to Fairy Tale Week here at Fluttering Butterflies!
Before I started this whole fairy tale week, I thought that I only liked fairy tales a little bit. No more than the average person, I thought. My intentions for the week were primarily in order to read through some fairy tale retelling books I'd had on my shelf for ages and I figured that a 'fairy tale week' would be a bit of fun and a great excuse to power through these books.

And then I started writing posts for it and compiling lists of my favourite fairy tales books and movies and it made me realise just HOW MUCH I've adored fairy tales in any format since I was a very little girl. I'm very excited about the next few days' posts and sharing with you some of the books and movies I've loved, but first, I thought I'd talk a little bit about fairy tales.

When I was in the planning stages of this themed week, someone did mention reading a book about fairies in conjunction with Fairy Tale Week. It really got me thinking, because I don't generally associate fairy books with fairy tales. Sure, fairy tale books sometimes (usually?) contain fairies, but not exclusively, I would say. There are some great books about fairies out there, but those aren't the books that I will be looking at this week. 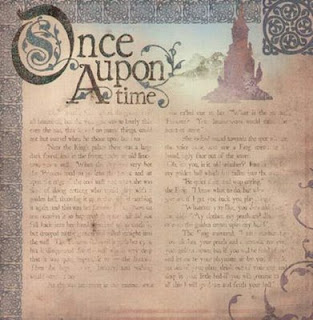 No, for me, fairy tales have magical elements to them. Any kind of magical creature, from fairies to mermaids to beasts under a spell to enchantments and trolls and dwarves. There is usually some adventure and romance along the way. There's castles and princesses and scary villians. It may look at a moral dilemma or a fight between good and evil. It might just be thoroughly entertaining. It may or may not (though my preference is definitely FOR) begin with 'Once upon a time' and my preference is that it will end up with '...And they lived happily ever after.' Though, of course, it isn't always the case. 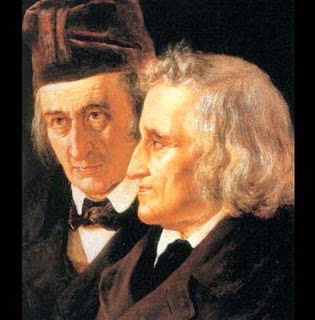 When I think of fairy tales, I usually think of the Brothers Grimm or Hans Christian Anderson. Despite my growing awareness of my interest in fairy tales, I admit to not having read either. I've made a big attempt at rectifying that this week in order to flesh out some of reviews and posts but it's certainly something that I will look into further after this week has finished.

Of course Jacob and Wilhelm Grimm were the first to collect together fairy tales and other such stories and while at first kept them in the same tradition as they were originally told but the stories were later changed in order to make the stories more widely accepted. This first collection of German stories spurred people in other nations to collect their own country's stories together, like the Danish Hans Christian Anderson. And of course, in light of the changes that were made to the stories in order to make them more widely acceptable for the time , modern writers have provided us with some wonderful retellings which balance out some of the gender inequalities which were present at the time of gathering together these fairy tales.

So why fairy tale week? Because I love stories. I love the magical elements to fairy tales. I love the ways in which old stories can be told in different ways and show us new things we'd never thought of. I grew up with fairy tales being quite sweet and romantic and I love how reading some fairy tales that haven't been watered down for children are able to shock me. I especially love fairy tale endings. I love that someone who has been through a lot of crap (like me! like everyone, really!) can still have a happy ending. Fairy tale endings give me hope.

But the thing I love the most, probably? Is when in a fairy tale, characters find a place to belong. Usually with a prince charming of some sort, which is nice, but I also really value the place they find amongst friends or family, as that is what I've strived for the most during my life. Belonging.

What do fairy tales mean to you and why do you love them?
Written by Michelle Fluttering Butterflies at 09:59