Guest Post: Chanda: My Sister, My Soul by Allan Stratton 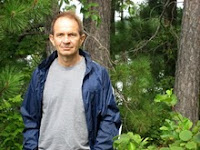 Allan Stratton is the author of Chanda's Secrets, a really powerful novel about HIV/AIDS in Africa and about humanity and the strength of the human spirit. It's about friendship and family and admitting and facing the truth.

When I approached Allan to write a guest post on the theme of death and bereavement, he very kindly sent me this.

Chanda's Secrets has been made into a film called Life Above All. Here is the film trailer.

If you'd like to know more about Allan Stratton or about his books, please do visit his website and his blog. Thank you Allan. Over to you...


I love to travel. Experiencing the diversity of world cultures is humbling and liberating. But no matter how different the surface of things, I’m always struck by the similarities that lie just under the skin. Our shared humanity was driven home to me as I worked on CHANDA'S SECRETS.

Throughout the mid-nineteen-eighties, I lived in Manhattan’s gay community. It was a time, a place and a culture so far removed from contemporary sub-Saharan Africa that it might have existed in a faraway galaxy. Yet the parallels between the early days of the pandemic here/then, there/now are striking.

In both times, in both places: A third of the community was infected. There was no treatment. Discrimination was rampant. Most politicians were silent. Many religious leaders claimed AIDS was God’s curse on the afflicted. And the stigma that resulted, discouraged testing, encouraged denial, and left the sick and vulnerable to die alone in fear and shame with a lie. (Incidentally, although muted, that stigma lives on in North America today. Recently, a friend died of AIDS; his father and brothers refused to go to his funeral. And even in big-city obituary columns, AIDS remains, for the most part, the disease that dare not speak its name.)

My experience within my community taught me the psychological, as well as the physical, horrors of the pandemic. But I also knew that its effects in sub-Saharan Africa were far worse than in the West, set, as they are, against a continental context of poverty, decimated civil societies, and a generation of orphans. So, before writing a word of CHANDA'S SECRETS, I traveled to Zimbabwe and Botswana to visit front line African HIV/AIDS workers, and to meet those in their care.

I’d like to share with you a few of the people whose lives moved and inspired me in the writing of my book.

In Monarch, a slum district on the outskirts of Francistown, I met an eighteen-year-old whom I’ll call Sara. Sara had become pregnant, and infected, at fifteen; her son, age two, was infected at birth. Aside from the woman who ran the AIDS awareness center where she volunteered, I was the only one she trusted with her diagnosis; she was silenced by the same terror that affects so many worldwide -- that if her status was disclosed, she and her son would be shunned, and left to die alone. We sat with the center's director in Sara’s one-room hut, the shutters closed, her son’s crayon drawings nailed to the mud wall. “I am my parents’ only child,” she said. “How do I tell them I will be dead soon? How do I tell them their only grandchild will be dead soon too?” She didn’t want to think about her son dying before her, but she was afraid of what would happen to him if she died first. That’s why she’d volunteered at the center: so that, just in case, there’d be people who’d know him and might look after him. There was a silence. Then she said: “If I can live four more years, he will be six. If he is six, maybe he will be old enough to survive without me.”

I remember the mother, a few streets over from Sara, with the yard full of kids. Miriam’s husband had died of “pneumonia” -- or so she told the neighbors. But she wanted me to see his medical records. She studied my face as I read: “Bloody diarrhea. Night sweats. Swollen glands.” We looked at each other. We didn’t have to say anything. The whites of her eyes were yellow, and her body skeletal, but she still chopped firewood, waited in line at the standpipe for water to bathe her babies, and somehow kept a roof over their heads and food in their bellies. Before I left Francistown, Miriam asked me to take a photograph of her and her kids in their Sunday clothes, so that there’d be a picture of them together.

My mind is full of other pictures, other people: a young man, Pako, raising his even younger brothers. Pako was thirteen when his papa died, officially of “tuberculosis”. Within the year, his mama was in hospital dying too. His aunties and uncles came by his home; they wanted to sell it and divide him and his brothers among them. They weren’t trying to be cruel. It’s just that none of them had the money to provide for all three. Pako told me how he went to his mama’s deathbed. “Please mama,” he said, “me and my brothers, we want to be together. In case anything happens, please make a will. Please leave us the home. ” His mama made the will that night; by morning she’d passed. When I met him, Pako had been raising his kid brothers, alone, for four years.

Downtown, a small cinderblock building houses the Coping Center for People Living with HIV/AIDS. Those who are brave enough are brought on visits by unmarked van to an entrance off the back alley. Inside, in a main room lined with folding chairs and lumpy sofas, they sit, talk, hold hands, or simply stare into the middle-distance, an ever-present pot of tea and a plate of biscuits on the battered card table by the piano. There is pain in this room, but there is also a palpable grace. A white bed sheet hangs on the far wall, beside a magic marker on a string; people are asked to write what's on their minds. Among the many words that remain with me: "We cannot change the past, but we can change the future", "Where there is love there is life; where there is life there is hope"; and "Live now."

We, in North America, avoid issues. Perhaps it’s self-preservation, given that our culture reduces the greatest issues of our day to sound bites and partisan political rhetoric. But the lives of the people I met in Botswana compel attention. Issues, such as the AIDS pandemic, are more than dry polemic. They are issues because they affect us, both as individuals and as members of a global community. How we respond to issues speaks to our values, defines who we are, and expresses our understanding of what it is to be human.

Those of us love literature -- as readers, writers, bloggers, librarians, and teachers -- have a long history of engaging issues. We do it through stories. Whether it’s Oliver Twist alerting Victorian England to child sweatshops and street gangs, or Huck Finn and To Kill a Mockingbird confronting America with racism, stories put us readers into the shoes of ‘The Other’. Once there, we’re never quite the same again. We realize that in another life, we could be ‘The Other’. That jolt of recognition is how stories change lives.

Stories get under our skin and into our viscera -- not by stating their issues, but by revealing the universal humanity at the heart of the issues. This human bond is what allows us to empathize with others, no matter how radical our differences, or unique our circumstances. It’s why we respond to stories, no matter the ‘who’, the ‘when’, the ‘where’, or the ‘why’ of their telling.

Early on, when people asked what CHANDA'S SECRETS was about, I’d say, “The African AIDS pandemic.” That was only superficially true. The more I worked, the more I saw myself in Chanda, and her family and community in my own. At once, I realized that while CHANDA'S SECRETS is set against the backdrop of the African AIDS pandemic, what it’s really about, at heart, is people like us: people who love their family and friends, who fear shame and stigma, who feel the pain of bereavement, and who struggle for the courage to live with truth.
Written by Michelle Fluttering Butterflies at 13:21