I thought it might fun, while I'm taking part in Presenting Lenore's Dystopian August to have a look today at my favourite dystopian/post-apocalyptic stories told through film or television. It sounded like a fun idea and then when I started writing this post, I realised that I am not a very big scifi geek AT ALL and I haven't actually seen a great deal of dystopic films or television programmes, at least according to the 'best' lists I've seen floating around.

But that's OK, right? Even if I only sort of dance around the edges of this genre? If YOU are a big fan of these types of films/tv programmes, please feel free to leave your own suggestions for what I should look out for. 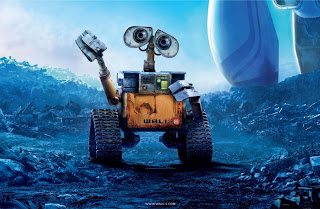 Wall-E - I'm just going to jump right in here with the cartoon film. This is about the level of dystopia/post-apocalyptic that I like. Will my nerd badge be taken away from me? I think this film is utterly cute and I love the interaction between Wall-E and Eve (especially their 'dance' in outer space, AWWW!). But at the same time as that adorableness, Wall-E brings us this image of the Earth in the future in which mass-consumerism has taken over and the world is covered in rubbish and left inhabitable. 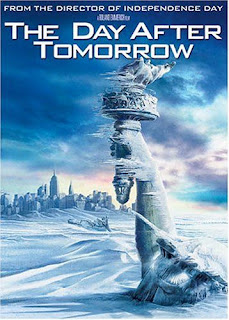 The Day After Tomorrow - I'm aware that this is probably not the greatest film ever, but I watch it all the time. I like the visuals in it, I like ogling Jake Gyllenhaal and I like the relationship between father and son. It's kind of strained and broken in the beginning but there's such strength to it throughout and the belief that the two will be reunited feels unwavering. It really is that one thing that keeps me returning to this film again and again. A rather bleak look at climate change at how it might affect our world in the future. 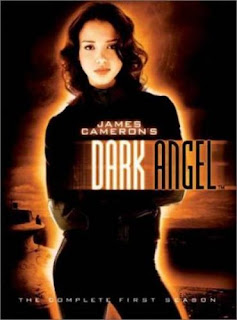 Dark Angel - I came late to watching Dark Angel and only caught it after the show had been cancelled. When I first started watching Dark Angel, I worried about cheesy dialogue and the show going a little too out-there for me, but I stuck with it and mostly enjoyed it. It's set in a post-apocalyptic Seattle and our main character, Max is a genetically modified super-human. Having escaped from this government facility where's been tested on, Max is searching for the other children who escaped along with her and trying to get by unnoticed. I think Jessica Alba is incredibly sexy and there's some great action sequences and she really kicks ass. I also was not complaining when Jensen Ackles joined the show and I had a bit of a crush on Logan, who's played by Michael Weatherly.

Jericho - Honestly, I'm going to end up with a reputation as being utterly SHALLOW when I tell you that I started watching Jericho because I fancied Skeet Ulrich. But the show was quite good too. It was interesting to witness the family and community dynamics of this small town after nuclear bombs had been detonated all over the United States. There's lots of secrets and everything feels really character-based while at the same time having this big mystery about the bombs.


I'm completely willing to add The Hunger Games film to this list once it's out. I'm excited and nervous about it.

Tell me about your favourite dystopic/post-apocalyptic films or television programmes!
Written by Michelle Fluttering Butterflies at 09:04