I'm thrilled to be hosting a giveaway for both Bloodlines by Richelle Mead and a Vampire Academy graphic novel. Just fill in the form below and I shall be picking one winner on 31st of August. A huge thank you to Penguin for being so generous.

As with all of my giveaways, it is not necessary to be a follower of this blog but I do always appreciate all of my new (and old!) followers. This giveaway is for the UK only, sorry to my international readers.

Good luck to you all! 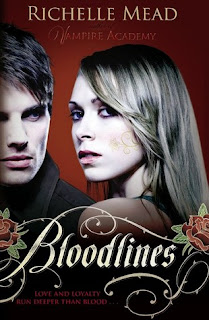 Bloodlines by Richelle Mead - BLOOD DOESN'T LIE. Sydney is an alchemist, one of a group of humans who dabble in magic and serve to bridge the worlds of human and vampires. They protect vampire secrets - and human lives. When Sydney is torn from her bed in the middle of the night, at first she thinks she's still being punished for her complicated alliance with dhampir Rose Hathaway. But what unfolds is far worse. Jill Dragomir - the sister of Moroi Queen Lissa Dragomir - is in mortal danger, and the Moroi must send her into hiding. To avoid a civil war, Sydney is called upon to act as Jill's guardian and protector, posing as her roommate in the last place anyone would think to look for vampire royalty - a human boarding school in Palm Springs, California. But instead of finding safety at Amberwood Prep, Sydney discovers the drama is only just beginning... 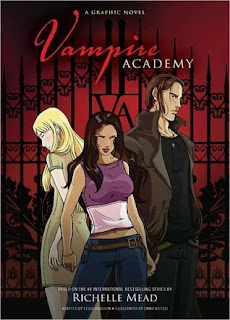 Vampire Academy graphic novel - After two years on the run, best friends Rose and Lissa are caught and returned to St. Vladimir's Academy, a private high school for vampires and half-bloods. It's filled with intrigue, danger - and even romance. Enter their dark, fascinating world through a new series of 144-page full-color graphic novels. The entire first Vampire Academy novel has been adapted for book one by Leigh Dragoon and overseen by Richelle Mead, while the beautiful art of acclaimed British illustrator Emma Vieceli brings the story to life.


Thank you for your interest, however, THIS GIVEAWAY IS NOW CLOSED.

Written by Michelle Fluttering Butterflies at 14:21