Today I'm absolutely thrilled to present to you Anna Scott! Anna's blog is one I've only stumbled across recently and already I love it. I read Anna's posts and I'm either nodding my head in agreement all the way through or I'm hugely intrigued by whatever it is she's writing. She's a blogger, a mother, an aspiring writer and has just moved back to the UK after living in Australia for ages. I really think she's awesome! Anna Scott Jots is fairly new, so I urge you all to go over there and subscribe/follow! It will be worth it, I promise. To find out more about Anna, please do visit the following websites: 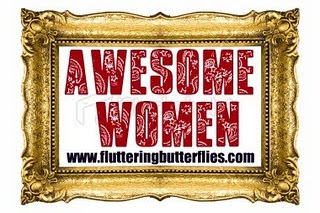 Can you tell me a little something about yourself?
Hi Clover, thanks for letting me write this post. Well, my name's Anna and I review YA (mainly contemporary) and blog about writing at Anna Scott Jots. I'm fairly new to the world of blogging, having started in August last year, and have been doing it in fits and starts since then. But 2012 will be my year of productivity!

I live in London with my husband and two daughters, having recently moved back from Australia after living there for a couple of years. I'm at home looking after the kids most of the time and I'm hoping to carve out a career in freelance writing over the next one to god-knows-how-many-years it may take me. I've been working on my first novel for the past year. It's contemporary YA and I'm on the verge of completing my first draft. (Although, to be honest, I've been on this verge for a while now...). 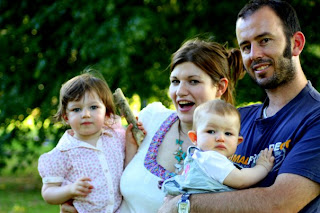 My pre-teen years were spent obsessing over Kylie Minogue - first when she was in Neighbours (I SO wanted to be Charlene) and then when she was Britains's favourite pop-princess (and still is, in fact). As soon as puberty hit, I swiftly realised that I was NEVER going to be a petite pop princess.

Ooo, tough question...Anyone who has the guts to follow their dream, I guess. Anyone who realises certain sacrifices have to be made and a lot of bloody hard work is involved in achieving said dream. Anyone who gets that it's better to have tried and not suceeded than to never have given it a bash in the first place. Now I know how bloody difficult it is to write, then anyone who has achieved the goal of even starting is a bit of a dude, in my opinion.

The first ambition I can remember was wanting to be a lawyer. And that's 'lawyer' as in the glamourous American term, rather than the more boring English 'solicitor' or 'barrister'. This was because I had a mild obsession with the courtroom drama, Perry Mason (don't ask). As soon as I realised that the UK version had to wear wigs and cloaks to work and didn't actually do the solving of the murder mysteries, I quickly went off the idea. Other brief ambitions included police officer (again with the crime solving), and working in the Jim Henson Muppet Workshop (another odd obsession). 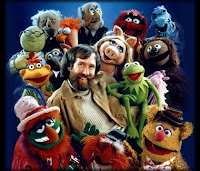 After this phase, I longed to be a film director, but never actually told anyone becasue I thought they would laugh at me. I did secretly harbour this desire all the way through high school, but ended up succumbing to the notion that it was important that I get a boring job and a pension, so did a politics degree, for no other reason than I found it slightly more interesting than my other A-level subjects.

I never did end up with the boring job with pension - after uni, we did the classic round-the-world backpacker thing. Whilst in Western Australia, we visited a winery and I had one of those little 'moments', when you realise that someting fairly significant is happening. On returning to the UK, I applied for a job with a chain of wine merchants and within 18 months, I was running my own shop. For the most part, I adored this job - it never really felt like work, I got to act like a big kid well into my twenties, I got to travel to Chile and Italy, I got try 40-year-old whisky and vintage champagne, I even got to sell Colin Firth a bottle of burgundy!
However, after the kiddies came along and we moved to Australia and severe homesickness set in, I started to re-evaluate what I really wanted to do. The old urge to tell stories reared it's magnificent head again, but this time in the form of writing. Since then, I've been (for the most part) reading and writing every day. 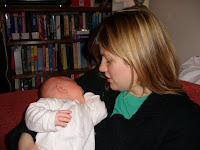 Well, obviously my mum. We have our differences - I don't really think she gets the whole writing thing - but, as much as she frets and worries about the tiniest things, she has always managed to get some perspective over the bigger issues in life and has calmed me down on many an occasion. My parents separated whe I was a teenager. A horrible, horrible time, but she always put my sister and I first and was always honest with us and never patronised, something for which I will be eternally grateful.

My mother-in-law is also a bit of an inspiration - she was a widow in her early thirties, left with very little and three children under 5, and when my husband and his siblings were at primary school, she worked two jobs, went back to high school, then university and is now the head of a special needs education unit. She is pretty amazing. 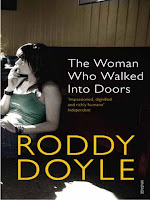 Hard to narrow down, but my the one that's had the most impact is a non-YA one. When I was seventeen, I read 'The Woman Who Walked Into Doors' by Roddy Doyle. And then I read it again. And again. And again.

I just couldn't believe it was written by a man - he had so successfully managed to crawl under a woman's skin. Although I didn't know about 'voice' and the like when I first read it, I remember thinking this was the first time that a fully formed character had leapt out the page and really got under my own skin. 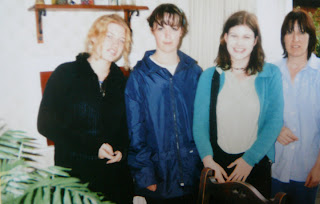 'Desperately shy' and 'not very well'! During most of childhood and teenage years, I wanted to be invisible and for the most part, suceeded. I'm pretty sure there are only a handful of girls at my high school who might remember me. I had my little group of friends, but seemed to drift away from them towards the end of my school years and the only one I am still close to is my very best friend who I've know since we were five.

Music was a very important part of my life back then, and still is. I was a Britpop kid, religiously buying the NME every week, saving up to go and see Blur in concert, trekking to Glastonbury with my big sis to go and see Radiohead. I find myself listening to all this music again whilst I write these days - it gets me back in the teenage mind frame! 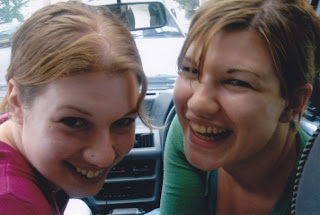 I think it's pretty pointless telling a teenage girl not to worry about what other people think of them. This is like telling the Prime Minister not to bother about national debt. I would just tell myself that there will eventually be a time when you don't give a crap what anyone else thinks, or at the very least, you won't be that fussed either way. And when this does happen, it's the most amazing feeling in the world. Just hang in there. Oh, and maybe ditch the red velvet bell-bottoms. That wasn't a good look. 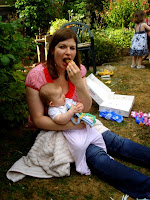 Having two daughters, the old self-image thing has cropped up recently. I decided I should do something about shifting some Christmas poundage and instead of partaking of the usual sandwich at lunchtime, I decided to have to bowl of bran flakes. My eldest daughter thought this was hilarious and she had a point. This got me thinking about how my eating habits might impact on my kids - I've never been one for diets and now this an even bigger incentive not to go down this route.

Maybe a big thank you to Clover for posting this and to you for reading it!

Written by Michelle Fluttering Butterflies at 08:53