WWYD? Celebrities in your apartment building 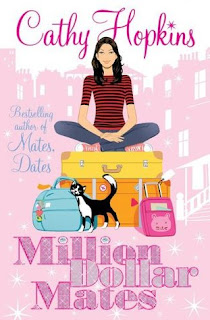 The Million Dollar Mates series of books by Cathy Hopkins are some books that I've been reading and loving lately!  I've really taken to the main character as she struggles to balance her everyday life as a normal teenager with normal friends with that of the celebrities that live in the apartment building that her dad helps to run.

It's a really fun series, especially focused on several boys that Jess is crushing on, but it also touches on some serious topics in a light-hearted way - of image and self-worth and social awareness.

I thought though that for today, it might be fun to imagine that we are all in Jess's position.  Living in this swanky apartment building in London that's absolutely infested with top Hollywood actors and actresses, singers, dancers and just famous people.  Which celebrities would you like to live within throwing distance from?

Here are some of the people that I thought of, but please do leave in comments the names of the people you would like to live next door to!

Ian Somerhalder - I think I'd choose to have Ian next door just for a bit of eye-candy. Do I want to live near Ian Somerhalder or Damon Salvatore though?  I'm really not sure.

Taylor Swift - I really love Taylor Swift. Love her music, love watching her in interviews and so on.  I think she'd be an interesting person to have around.

Meg Cabot - Meg Cabot is an absolute genius.  She's clever and funny and slightly mad.  I'd love to live in the same apartment building as her.  I think if we met, we'd both find that we'd be the best of friends :) 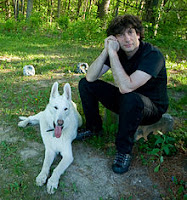 Neil Gaiman - I'll admit, I wouldn't have a clue what to say to Neil Gaiman if he lived in the same building as me.  I'd be starstruck. But perhaps with my insider connections, I'd be able to sneak into his library...


Go on then, who would you pick, if you could?  Which celebrity neighbours would you love to have?