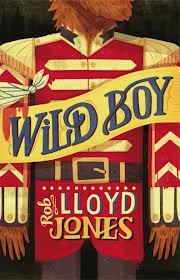 I have the great pleasure of being today's stop on the blog tour for Wild Boy by Rob Lloyd Jones. Wild Boy is one of those books that is instantly addictive and quite exciting. I rushed through reading Wild Boy and really fell in love with this great character.

I'm absolutely thrilled with the below post because one of my absolute favourite things about this book was the setting of Victorian London! Rob Lloyd Jones talks a bit about the places that Wild Boy encounters during this book and I hope you enjoy it as much as I did.

To Find out more about Wild Boy or Rob Lloyd Jones, please do visit the following websites: 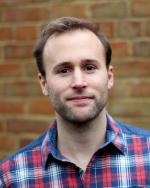 Thanks for having me on Fluttering Butterflies.

I wanted to write something nice today but all I could think of were horrible things. You see, there’s nothing writers love more than horrible things, especially when they’re forced upon our heroes. The hero of my new book – Wild Boy – faces more than his unfair share of unpleasantness. For starters, he’s a performer on a Victorian freak show (he’s been covered in hair since birth), which were very horrid places. Wild Boy’s framed for murder, though, he finds himself hunting the real killer across London, in places that are even worse. So I thought I’d tell you about a few of them, to bring a bit of darkness to your day.

This part of London is known for the same thing today as it was in Wild Boy’s time – meat. Back then, though, meat wasn’t just sold in Smithfield. It came there alive – bleating and squawking through the narrow, twisting streets. Then it was killed. Imagine the noise! The shrieks of slaughtered beasts and the cries of market men. The scene changed once a year when Smithfield hosted the country’s biggest and rowdiest festival, Bartholomew Fair. The area was crammed with freak shows, sideshows, drinking tents and little stages. When Wild Boy reaches Smithfield, Bartholomew Fair is in full swing, and somewhere among the crowd lurks a killer.

A much grimmer form of butchery was practiced in London’s private anatomy colleges – medical schools where students carved open corpses to study their insides. These had dissection tables rutted with knife marks, buckets for dripping organs, and rags on the floor to soak up whatever unpleasantness seeped from the bodies. But when Wild Boy breaks into one of these colleges he discovers a secret chamber in which a far, far darker form of science is taking place...

Technically London didn’t have any sewers in the early 19th century. There were lots of tunnels – some as old as when the Romans lived in London. But these were built to carry rainwater, not toilet waste, from the streets. Instead, people were supposed to tip their business into cesspits under their homes. Really, though, it was easier to connect your cesspit to one of the drains and pour its reeking contents underground. In fact why not dump everything else in these tunnels too? Industrial chemicals, fish guts, dead cats and dogs...You’d think Wild Boy would be safe hiding down there in the stinking darkness. But he’s not alone. There are also bounty hunters and bloodhound dogs...

There were, unbelievably, places in London where the smell was even more troubling than the sewers.
Graveyards.
London’s population trebled during the first half of the 1800s. The more people lived there the more people died there. Parish churchyards became crowded and then overcrowded. Bodies were buried two, three, even four deep. The reek of rotting corpses grew unbearable. There are reports of zombie-like hands breaking through soil! Things got better in the 1840s, after new cemeteries were built beyond the city centre, but when Wild Boy’s search for the killer leads him to St Mary Somerset churchyard, the place still stank of its dead.

These are just a few of the nasty locations that Wild Boy visits on his hunt. But there is another place where he discovers something even worse. It’s a very particular and a very famous place. Only I don’t want to ruin the surprise...
Written by Michelle Fluttering Butterflies at 08:28