Hello! Today is Saturday which means that I have another interview with an awesome British blogger.  Today I have the lovely Amy from Amy BookWorm who I first got to know over Twitter. She's a big supporter of British authors and YA so if you don't already follow Amy, please do using the following websites and give Amy a warm welcome! 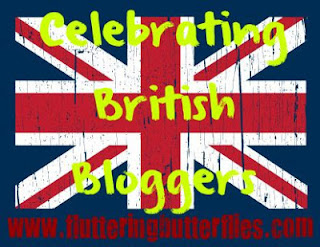 First, can you tell me something about yourself and your blog?


Sure, it’s small. I think I mean both the blog & me. I, unlike my blog, began one of the tallest (like in Juniors) & now is smaller than average... My blog? It was never big. It probably has more hope of growing ;)


I was inspired by Vlogging. I don’t mean I vlogged but I used to watch just vloggers until I stopped off at booktubers (yes, vloggers but bookish ones who basically video what I blog now). Lots had goodreads & I’d been a referral from google many a time. I always googled bookish things and it’d direct me there even for quotes! I didn’t realize much about it until I signed up, followed these vloggers, started reviewing, doing other stuff & ended up finding out about the non-video equivalent. I liked those reviews too and the blogs were a good idea so... hey, presto! I wish I could say a certain blogger did but really it was a journey which took months & eventually I blogged myself, not understanding quite the size of the community just knowing that I’d seen some pop up here & there. Now I know the truth ;)


Respire. Chill. Wait, both of them are like the same thing... Neither take a lot of effort. Like tweeting. Gosh, that takes such effort! OK, I do Art & other things which are basically concentrated on getting good grades. To be honest I don’t know what I do with myself or my time! I just turn on the computer or the kindle & then my time disappears.

Which book review are you most proud of?


I seriously think it’s modding in Blogger Lift & helping others to get, and getting myself, connections. You’re all beautiful bloggers (:


OK, I'm going to cheat as I really can't & tell you the one in the previous year that was my favourite. That’s Candor by Pam Bachorz! It’s a fab dystopia which somehow is crossed with utopia... sort of. I began GR in 2011 so who knows what I liked before that? XD


If you could be best friends with any fictional character, who would you choose?


My boy choice (not book boyfriend): Charlie from Perks Of Being A Wallflower by Stephen Chbosky.
My girl choice: Zeba from Secrets, Lies and Locker 62 by Lil Chase.

If you could meet your favourite author, who would you like to meet?


Probably either Sharon Sant (haha, could happen) or Hayley Long.


What would you like to see more of or less of in YA?


…I’d like to see less cliffhanger endings, I think there's too many girls who are like Mary-Sues and average girls mixed. I'd love more diversity in YA, like mental illnesses! Perhaps love triangles in LGBT & definitely a mix of cliques and cultures! I don't like the stereotypical popular, rich white cheerleader who wouldn't know slow building romance if it hit them in the flawless face. I'd be fine with a mean girl being popular but seriously, give them flaws and motives other than popularity!


Box of The Bad Tuesdays by Benjamin J Myers.

Thank you so much, Amy! What interesting and also different answers. I like it!

What do you think of Amy's choices? Have you read The Bad Tuesdays or Candor? Would you like to meet Sharon Sant or Hayley Long? Would you fight with Amy over being best friends with Zeba or Charlie? Let Amy and I know in comments!
Written by Michelle Fluttering Butterflies at 08:00