Mini-reviews (Flat-Out Matt and What Really Happened in Peru) 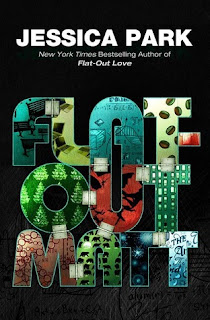 Sometimes I really dislike when a story is told again from a differing perspective. It can feel repetitive and therefore doesn't add much to the story.  Not the case with this novella by Jessica Park that tells some of the key events of Flat-Out Love but from Matt's viewpoint.  I can't review this novella without spoiling some of the events of Flat-Out Love, so if you haven't yet read that, I suggest not reading any further.

Flat-Out Love was a book that really surprised me when I read it.  It does have the wretched 'new adult' label to go along with it, but unlike many other new adult books I've read this past year, Flat-Out Love doesn't just deal with sex and romance. There's an actual story here of a family just barely holding it together and a girl finding her feet at university and dealing with her own issues with her family. It's really good and I recommend it.

I can't remember how or why I came to know that Jessica Park wrote Flat-Out Matt but I knew as soon as I did hear about it that I would want to read it.  I downloaded the e-book and read it immediately. It's definitely a novella aimed directly at fans of Flat-Out Love, so you'll need to have had read that story before this one. Instead of retelling large chunks of the story, Jessica Park picked key scenes between Matt and Julie to showcase and there were large jumps in Matt's story and I really enjoyed that. Many of those chapters don't really deal include Matt so would have been unnecessary to be retold.

Each of the chapter headings begin with Facebook status updates just like with Flat-Out Love but in a genius move from Jessica Park, there's also mention of what chapter of FOL is being retold. In Flat-Out Matt, you can see more of the Matt that he keeps hidden throughout Flat-Out Love.  What's better is that there is also an entire heart-breaking chapter with Matt and his brother before Finn dies that illustrates how great Finn is as a brother and how close Matt and Finn really were.  There's also some stuff about how Celeste comes to create Flat-Finn and how the family shuts down before Julie's arrival.

I love Matt and Julie's transformation from strangers to friends to something more and I loved being able to revisit their relationship in this little story.  I love that it carries on after the events of Flat-Out Love and that we get to witness what really happens after Celeste's party.  It's definitely worth a read! 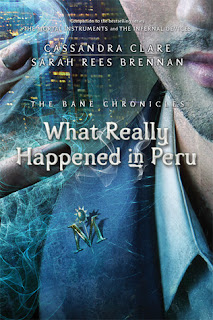 I love Magnus Bane. I do. He's one of my favourite characters from any book ever and I was ridiculously over-the-top excited to hear that Cassandra Clare together with some of her writery friends were going to be writing a series of chronicles covering some of Magnus Bane's experiences in his very long life.  How cool of an idea is this? I love it.  So I counted down the days to when it was being published and I downloaded the e-book straightaway.

And I've got to say, I was a teensy bit disappointed.  Mostly because the tone and the feel of the book doesn't feel like what I've come to expect from Cassandra Clare's writing.  There is definitely awesome and off-the-wall and funny which is what I'd expect from a book of Magnus Banes tales, but sadly everything felt just a little bit off.  I do very much wonder how much involvement Cassandra Clare had in the making of this first installment?

But let's put that to one side for the moment and carry on.  Everything within this first chronicle takes place in Peru with Magnus Bane and some of his warlock friends.  I loved the short story structure to it and those teasing little hints as one adventure finishes and we know that while that was crazy and unexpected ... it wasn't quite the reason that Magnus Bane is banished from Peru.

A lot of the stories were really quite fun and I hooted with laughter at several points. There were monkeys and drunken escapades and a vat filled with bird droppings and magic and a llama migration (llamas aren't migratory animals!).  But I have to admit, I was halfway through this short e-book and I considered not carrying on because of how I felt about the feel of the book being so very different to what I was expecting.  And just as I was thinking 'yes, that's it. I'm giving up' I'd be hit by something personal and emotional involving Magnus.  And more than Cassandra Clare's writing style, what I wanted most from these Magnus stories was to see Magnus Bane in a more vulnerable and emotional way.  And luckily, we do see glimpses of that in What Really Happened in Peru.  There are really beautiful and heart-breaking moments when we see past Magnus Bane's unusual fashion sense and instead we're able to witness some of the experiences that have shaped his life. From his family background and especially from the men and women he's loved and lost over the years.

So in the end, I quite enjoyed these short stories. They were funny and entertaining more than anything else and it was great to know more about Magnus Bane's life and adventures. I shall eagerly await the next installment!


Have you read any good short stories or novellas recently?
Written by Michelle Fluttering Butterflies at 08:46

Email ThisBlogThis!Share to TwitterShare to FacebookShare to Pinterest
Labels: reviews, YA