Mini-Reviews (Wait For You, Fall Guy, My Favourite Mistake and Double Clutch) 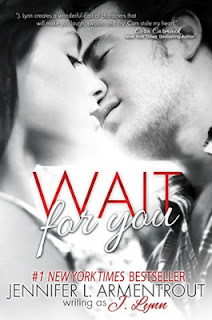 Wait For You by J. Lynn

I was going through a pretty bad reading slump when Wait For You came along and dragged me out of it.  This book was really easy and escapist to read. And while I don't normally care for a book so focused on the romance without much other substance, there are times when a good love story is all you need.  I found this book, and Avery and Cam, at the perfect time.

I found it interesting that J. Lynn is a psedonym for Jennifer L. Armentrout, an author I've heard rave things about. I'm curious about her other stories now!  Wait For You is the story of Avery who goes off to a college far away in order to escape this terrible thing that has happened to her many years ago. She runs into Cam and he is unable to resist Avery and starts this campaign to win her heart...

I don't particularly enjoy it when an author takes something very serious like rape and its effects and includes it into the storyline as a means of conflict that separates the two love interests in getting together, but J. Lynn walks that line carefully in Wait For You.  Luckily there wasn't a huge dramatic reveal at any point during this story and Avery and Cam's relationship builds slowly from strangers who run into each other into friends and finally more...

It was sweet and I enjoyed their relationship. I liked the weird pets and Cam's supportive family and how he is very much into baking and cooking. I think I probably would look out for the next book in this series. 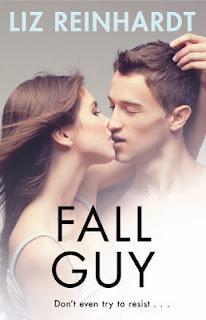 I read two books by Liz Reinhardt in a very short amount of time and while I enjoyed Fall Guy and read the book very quickly, I did prefer Double Clutch to this book. While I really enjoyed this romance between Evan and Winch, I just didn't feel like the main conflict between the two was all that believable.

Spoilers ahead, avert your gaze if you haven't yet read this book and would like to!

I'm not sure if I would have picked up this book if I'd known that Winch's family were involved in organised crime and that the 'fall guy' of the title is Winch himself.  It just seems too far out there for me to truly believe in these circumstances.

And Winch apparently needs someone like Evan to come along and remind him that he deserves happiness and a future and shouldn't be risking his police record the way that he does to protect his older brother.  Somebody who has problems with drinking does not need the 'help' that Winch and his family has for him.

While I probably will not continue to read this series, I am much more interested and enthusiastic about Liz Reinhardt's other series of books which begins with Double Clutch. 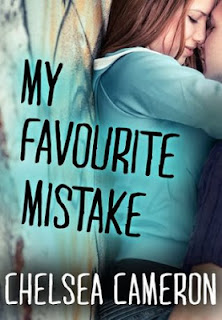 My Favourite Mistake by Chelsea Cameron

This book had a sort of Beautiful Disaster feel about it and that fact almost put me off reading the book.  Luckily I persevered with it because I ended up really enjoying it eventually.

This is the story of Taylor going off to college and sharing a place to live with some roommates. All is well and good until Hunter shows up and turns out to be a boy and not another girl.  Lo and behold, Hunter and Taylor end up rooming together and Taylor is taking it all very badly and the two of them end up making this pact. They're going to try out being roommates for awhile and if Taylor ends up either loving or hating Hunter by the end of it, he'll move out.

As you'd imagine, the two end up in this delicious relationship that really swings across the love/hate divide.  I don't remember warming to either Taylor or Hunter right off the bat, but over time I felt more sympathetic to both of them. Unlike most new adult books, in which the girl is the 'damaged property', in this both Taylor and Hunter have dark and secretive pasts that they wouldn't care to reveal to each other. And again, I'm not entirely sure with how I feel about attempted rape entering the storyline in the ways that it did.

This book is apparently the first book in a series but I feel as though the story ended where it needed to end and I am happy with that conclusion. 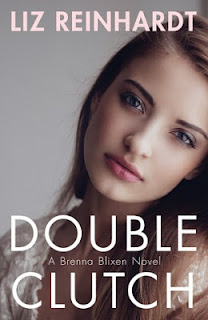 Sometimes the label 'new adult' confuses me. Such as the case with Double Clutch, as this is a book set in high school with high school aged characters. And while it is very much a romance story, there isn't a great deal of sex scenes either which might lead it to becoming NA.  Either way, I really enjoyed Double Clutch.

Despite the angst-ridden love triangle going on here, I thought Liz Reinhardt was onto something interesting with the ways in which our main character, Brenna Blixen is torn between cultures having spent the previous year in Europe, torn between her decision to split her time between two different high schools and torn between two 'perfect' boys, Saxon and Jake.

As the story goes on, it becomes more apparent that there is some history between Jake and Saxon that will play more of a major role in future books in the series, but I think it could have done without that. My only other niggle with this book is that as Brenna makes her choice between the two boys she fancies, the other one turns into a bit of an arse. I would have liked it better if that hadn't happened. The other guy doesn't need to be nasty and vindictive in order for Brenna's choice to be valid.

Even so, I enjoyed reading this book and especially liked Brenna as a character. I liked reading about her running and cycling and also about Jake's motorcross. Brenna really grows over the course of the novel and makes choices that I didn't always agree with but I could understand. I liked how both Jake and Saxon are characters that aren't what I always expected.  I'm really interested to see where this story will go, even though I'm slightly worried about the overly-dramatic turns it may take...

What do you think about the recent popularity of 'new adult' titles?
Written by Michelle Fluttering Butterflies at 08:52