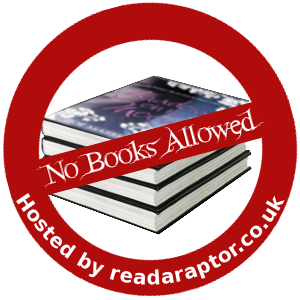 Welcome to No Books Allowed. This is a new monthly feature hosted by Raimy from Readaraptor, which is used to discuss things things in life which aren't connected to books. This post can be used to talk about days out, music, TV, video games, films etc for all those book bloggers out there who do occasionally do stuff other than read and go to book events!

I wasn't able to take part in this fab feature last month for reasons I won't go into. And while I did think that perhaps I would squeeze two months into this post, I decided against it.  You'll just have to hear about my adventures in comic conventions another time...


June was definitely a busy month for me.  Lots of days out and having fun.  But a lot of feeling down in the dumps too.  It seems they really go hand-in-hand with me. Let's get started though... 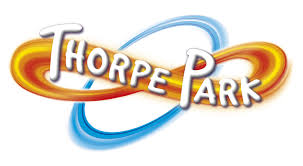 We've been on lots of day trips recently!  We went to an exhibition locally that was showcasing the Wildlife Photography of the Year photos. They were amazing. N goes most years to see the exhibit when it's at the Natural History Museum but this year work prevented him from doing so. Luckily it came to a museum in Basingstoke and the whole family went along to see them.  I loved seeing the different photographs in the different categories and it really made me ache to go travelling again. Somewhere really beautiful like Yellowstone National Park or South America. I'd love that.

We've always been trying to meet up more with old friends.  N arranged a lovely picnic in Richmond park a few weeks ago that was really fun and we had some friends around this past weekend for a mildly damp barbecue. I hope we continue to do more fun things with friends.

We've also (of course!) been to Legoland and the boys had an in-set day recently which warranted a trip to a local soft play centre. And then, for a change, N and I decided to take the boys to Thorpe Park. Legoland is really for families and young children and Chessington's market seems to be for slightly older than Legoland's market. And then Thorpe Park seems to be the theme park in the area to go to for teenagers. So naturally, we didn't think there'd be enough rides for us to go on to last us a day. Well, we were wrong! We went on a Saturday and it was surprisingly not busy. We went on loads of rides and it was a lot of fun to go on roller coasters that were a little more thrilling than the ones we're used to at Legoland ... We'll be going again!

It was also Father's Day in June. Because N is quite interested in photography, I'd found this interesting Sculpture Park nearby. It was very different walking around this foresty area with its winding paths and bridges over a little lake and stream and to see this bizarre and pretty statues.  There were huge metal elephants and horses made from driftwood and skeletons in different poses.  The boys and N each had their own cameras and between the three of them they took hundreds of photos! 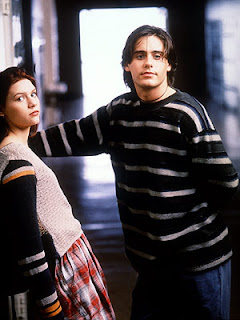 
I've said it quite often on this blog, I don't watch much television.  A lot of it is down to not wanting to commit myself and my time to something ongoing.  Watching television steals hours away from my other hobbies and interests and I would much rather be reading or blogging or spending time with my children than watching something on the telly. The exception to that of course is re-watching some of my favourite television programmes that are already finished and that we have on DVD. And instead of picking on programme and watching it again fully, N and I seemed to have focus mostly on endings and beginnings.  This past month we've watched the last few episodes of Buffy the Vampire Slayer, the last two episodes of Lost, the final episode of Dawson's Creek and the first two episodes of My So-Called Life.

It's so much fun returning to these shows and these characters. It's comforting. And especially during times when I'm not feeling that great, watching an old favourite makes me happy. 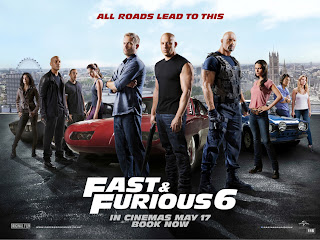 N and I try to make it to the cinema at least once a month. It doesn't always happen but at least the intention is there... this month we went to see the latest The Fast and the Furious film. I love these films probably more than I should do! I admit, the first film was watched mostly because I had a crush on Paul Walker but I carried on because of how much I did enjoy all of the car racing scenes and especially in the 6th film that we saw at the cinema, it really came through how much the relationships between the characters meant to everyone.  I love any kind of story in which people come together as a family and are there for each other no matter what.

And because I've been going through another almighty reading slump lately, I've taken to making myself some popcorn and crawling into bed in the afternoons and popping in a film.  They've all been kind of cheesy, light-hearted films that allow me to escape my own head for a couple of hours. This past week? I've watched Center Stage (cheesy dance film!) and Where the Heart Is, with Natalie Portman, which is a film adaptation. I wish I still had the book.

Oh man, job hunting.  It's difficult, isn't it?  I've been out of paid employment these past 7 years as I've been looking about E and the Littlest and I can honestly say after such a long time out of work, I have very little confidence in my own abilities.  I mentioned this on Twitter recently and was bombarded with lots of support and encouragement from many different people and it really made a difference.  I've been applying like crazy since those nice Twitter conversations and I feel better about myself. It isn't easy to be a mother to small children AND maintain this blog AND study for a university degree. So I just have to remember that the hard work that I've put into into each of these areas of my life over the past seven years isn't something to be taken lightly or dismissed!


What non-bookish related things did you get up to during June?
Written by Michelle Fluttering Butterflies at 08:06