Interview with Natasha Farrant, author of The Diaries of Bluebell Gadsby: After Iris (Blog Tour)

Hello! Today I am very pleased to be part of the blog tour for The Diaries of Bluebell Gadsby: After Iris by Natasha Farrant. I really enjoyed Natasha's previous book, The Things We Did For Love and so I jumped at the chance to be included in the blog tour for After Iris.

I flew through Blue's diaries really quickly and I absolutely sobbed at the beauty and sadness of her words and her video transcripts.  I thought it was a lovely, bittersweet story of a really broken and grieving family. I loved it, which is why I'm so happy to have interviewed Natasha for today's stop in the blog tour. Please give a warm welcome to Natasha Farrant and if you'd like to know more about The Diaries of Bluebell Gadbsy or Natasha, please do visit the following websites: 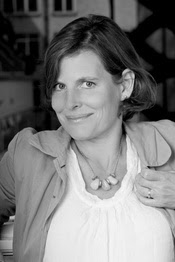 You've dedicated After Iris to your brother and sisters, how would you say that your family compares to the Gadsby family?


Well, I grew as one of three girls and a boy in West London, so from a logistical point of view we are quite similar… Beyond that, I think the resemblances between the Gadsbys and my family are those that you find in many big modern families – stressed parents, everyone clamouring for their slice of attention, constant arguments but lots of underlying love.  The Gadsbys push all this to new limits, of course, but I do think they are representative of all families, more than my family in particular.

I really love that the story is told in both diary entries and video transcripts. Why did you choose this unusual format in order to tell this story?


I spent a lot of time before starting to write thinking about who my narrator was, and how she would tell her story.  Blue is completely isolated in her grief. She badly needs a confidante but she has no-one to talk to.  All she can do is watch other people, and it’s only natural that she should turn to her diary to pour her heart out.  The video-camera was inspired by a book I read a long time ago, In a Land of Plenty by Tim Pears, in which another lonely child recorded his family history by taking photographs.  The camera is a brilliant metaphor for isolation – it allows you to look closely at the world, without being a part of it.  I took it a step further, by having Blue make films rather than take photographs, making the process an integral part of the narrative.  The diary/film format aren’t just a literary device: they’re an expression of who Blue is, and I think that’s why they work so well.  I also had been thinking for a long time that I would love to write a screenplay, because I love the cinema, and this seemed like an interesting way to start!

I really loved all the mentions of familiar London sights. Where would you say your favourite spot in London is?


I have lots! I’m a genuine Londoner – half French but I was born here, and I wouldn’t want to live anywhere else. One of my all time favourite places are the formal gardens in Holland Park. They are round the back of the opera house, and on summer evenings we used to take picnics and listen to the singing.  Once we hid and stayed long after the park had closed, which was magical.  We broke into the adventure playground and ran around in the dark (this was as fully grown adults…)  It has a dahlia garden which I have to visit every year at the end of summer, because dahlias remind me of my wonderful great-aunt Monique, so I go as a sort of tribute to her. There’s a giant chess board, a café, a tiny art gallery and the prettiest fountain which my children once dived into when they were little on a very hot day, leading the way for this joyous tidal wave of half-naked, splashing children, much to the consternation of the parks constabulary...  London’s parks are amazing.  They represent everything that is great about our wonderful city. 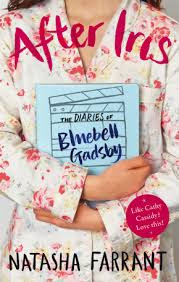 The entire Gadsby family is dealing with sadness and grief in their different ways. Was there a particularly difficult scene that you found hard to get right or kept coming back to?


Iris’s death.  I wrote it again and again, and it was very difficult to get right.  It was complex from a structural point of view, because it happened three years ago, and I knew it had to deliver an emotional punch without slowing up the narrative – you know how sometimes in films flashbacks just end up confusing you, because you’re so engrossed in the present? So I had to convey this huge, huge thing that happened to this family in as few words as possible, but still making it gut-wrenchingly sad.  In the end, as always, less proved to be more.  Especially in sad scenes, it’s often what you don’t say that has the most profound effect. For example, Blue tells us she was reading the Hobbit when Iris dies.  Afterwards, rather than saying “I was sad”, or “I couldn’t believe it”, she says “I hate the stupid Hobbit.” It took a long time to get to that one little line…

Do you have a favourite fairy tale or bit of Arthurian legend?


I don’t have a particular favourite, but when I was little, my French grandmother had a beautiful clothbound illustrated edition of Charles Perrault’s fairy tales, which I used to read whenever I went to stay with her.  I think it’s one of those books that made me love all books.  It was kept in a drawer in the tiny room where we slept.  I used to take it out like it was a secret treasure, and I never shared it with anybody.  Also, my mother used to travel to Russia a lot and bring us back books of Russian fairy tales, all princesses and wolves and snow and bears…  I loved those.

What were you like at Bluebell's age and what things were you into? Was the filming and rats and drama pulled from your own experiences? :)

What was I like??? Insecure.  Emotional.  I once cried for a whole afternoon over a bad hair cut and apparently you could hear me half way down the street, and my sister once threw the cat at me in an argument… So I guess the drama is drawn from experience!  I loved reading and the cinema and horse-riding, and I liked playing tennis, mainly because it meant gossiping with friends…  And I spent far too much time in Boots trying on eyeliner and lip gloss.  But as to rats and filming – those are pure imagination!  Though come to think of it, I did try to teach my hamster tricks, before she seized her moment and escaped…

Finally, After Iris made me cry uncontrollably, is there a tear jerker book you've read recently that you'd recommend?


Well, I cry at almost anything…  On the children’s side, I recently read a book which HarperCollins will publish next Autumn, called The Princess and the Foal, based on the real life story of an Arabian princess who lost her mother in a helicopter crash when she was a little girl, and who found comfort in raising an orphaned foal her father gave her.  That made me cry a lot.  And for adults, the last book to make me cry a lot was The Paris Wife by Paula McLain, which is about Ernest Hemingway’s first marriage.  I was fine until the end, when she writes about Hemingway’s death, and then I also wept uncontrollably.  On an Easyjet flight. With no tissues…
Written by Michelle Fluttering Butterflies at 07:55