I love Faber's books. I've mostly just read their YA books (Butter by Erin Lange, The Bone Dragon by Alexia Casale) but of course I'd heard of them before when I was a bookseller.  But gone are the days when Faber and Faber are only about poetry... They started to expand (brilliantly!) with their young adults titles, and now they're into picture books and children's fiction too.  And I couldn't be more excited. 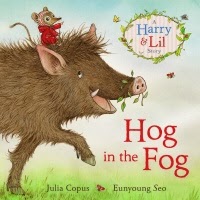 So of course I was thrilled when the lovely Hannah invited me and my two boys to their Picture Book Event.  I love involving E and the Littlest in anything to do with books or blogging.  The event was being held on a Saturday afternoon and we made a day of it going to the Natural History Museum and seeing the Wildlife Photography Exhibition and we had a brief wander into the Victoria and Albert Museum followed by the British Museum.  But an entire day spent wandering around museums? My boys were ready to run around and have fun... 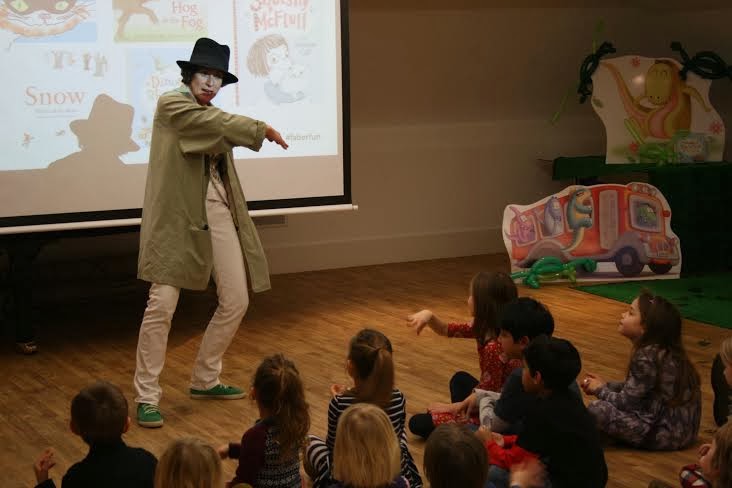 The event started off beautifully.  We were told at reception to follow the paw prints that were dotted around on the floor. Even a paw print in the lift to indicate which floor.  The Littlest was ecstatic. We were a bit early, so the boys were able to run around a bit and let off some energy before everyone else started arriving. I was able to say to Hannah that the Littlest (5) wasn't very interested in books or reading and that that made me sad. E (8) is a massive bookworm and always has been. But The Littlest? Not so much. He's quite capable of reading, he just hasn't found that right book to capture his imagination. 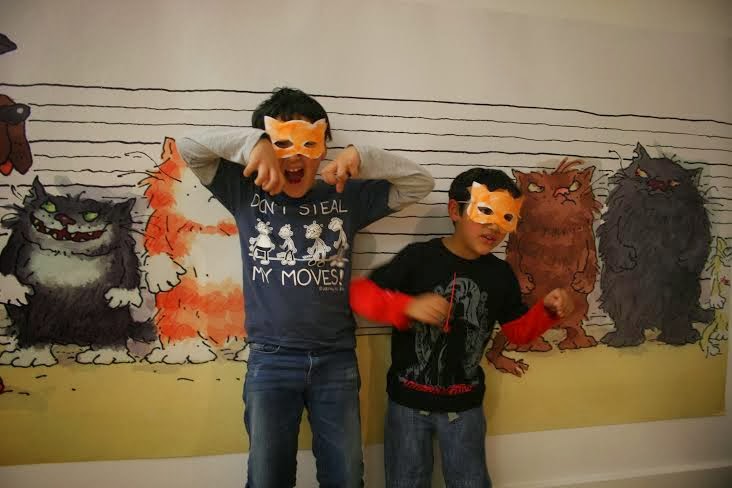 Honestly, I think the whole event was organised wonderfully.  The children's entertainer, Liz, was amazing and kept all of the children's attentions effortlessly.  The children transformed into story detectives (with their own special magnifying glasses!) on the hunt for an invisible cat. And in the search for this special cat, Squishy McFluff, the children were able to sing 'twinkle, twinkle little star' to help a dinosaur get to sleep (Dinosaur Rhyme Time), pile hats onto a snowman (Snow), make tissue paper masks and have their picture taken in a line-up (Macavity) and finally eat this scrumptious array of food (Hog in the Fog). 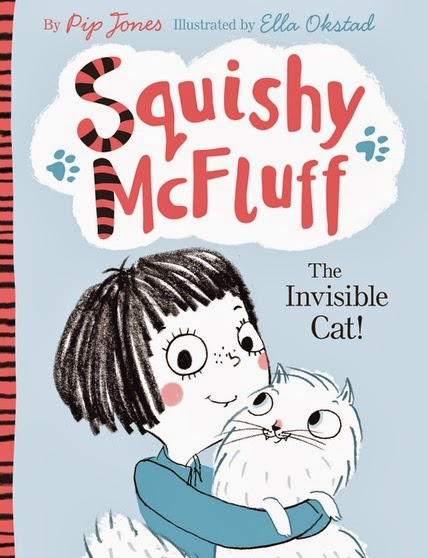 The children took this amazing adventure through the four picture books Faber has coming out this year plus Squishy McFluff and they had the best time ever in the process.  On the train home, E and the Littlest couldn't stop talking about their magnifying glasses and how they both found things in a treasure hunt and how they both had their OWN library bags and the best thing ever? The Littlest was super excited to have his own special copy of Squishy McFluff, which he decided that HE was going to read all by himself even though it was three chapters long.  I couldn't be happier.

Thank you so much, Hannah, and everyone at Faber for the invite, the fab event and *especially* for making my little boy excited about books for the first time ever. We've read both Squish McFluff and Hog in the Fog now, and both my boys and I are big fans already! Watch out for those reviews soon :)
Written by Michelle Fluttering Butterflies at 19:36