Beyond the Door by Maureen McQuerry blog tour 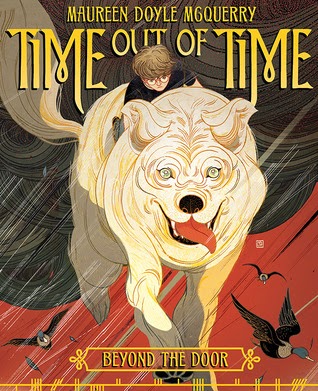 Today I am really pleased to be the first stop on the blog tour for the middle grade fantasy book, Beyond the Door, the first book in the Time Out of Time series. which was published in March by Abrams Books!

To find out more about Maureen or her books, please visit the following websites:


Beyond the Door Blog Tour
by Maureen McQuerry

What have I learned about the world from myth as a writer and a reader? Since writing Beyond the Door and The Peculiars I’ve been thinking about why myth matters. Over the next week I’ll be blogging in the U.S and U.K. about six things I’ve learned from mythic stories that have inspired me. Plus there will be fun giveaways and a post by cover artist Victo Ngai! Follow the thread…

Writers are like crows. Shiny things catch our attention, and we carry them off to hoard in our secret place. The sparklies that catch my attention might be a word, a setting, a face, a conversation partially overheard. They will not necessarily be your shiny things. I’ve learned that the things we notice say a lot about who we are.

The inspiration for Beyond the Door began on a trip to Oxford, England. Our daughter was studying there for two terms and of course we had to visit! On an overcast day, in an ancient old church, I looked up and a face was looking down at me. 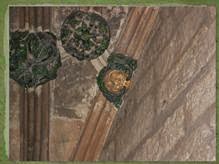 He had leaves for hair, vines sprouting from his nose and mouth, and skin cracked and ridged like tree bark. A face somewhere between man and tree. What if I felt vines pushing up my throat and out my mouth? What if my joints grew stiff and birds lodged in my hair? The Greenman came to life for me that day. He was the shiny object that got me thinking about Celtic mythology, and he was the first character in Beyond the Door. 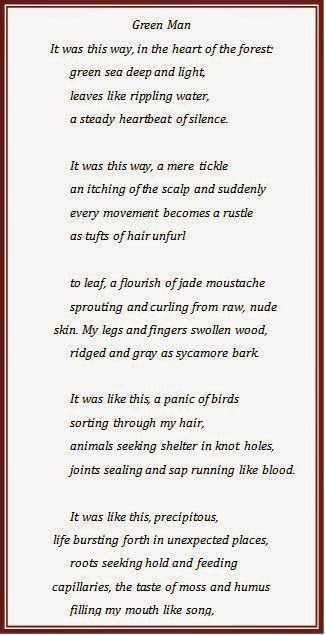 I’ve always loved stories of the Wild Hunt, quests, the idea that magic might be right beyond my door. The Greenman let me play with those ideas. And before he was ever a story, I wrote about him as a poem.

But a story isn’t just about an interesting character or setting, it’s about a struggle that leads to change. Every time, every story. If these mythic characters were going to come to life, I needed a protagonist whose world would be turned upside when he encountered them. I was coordinating a program for gifted middle school students at the time, and that’s where Timothy, Sarah and Jessica came from. I wanted to write a story for those kids. The smart, quirky, love- to- read fantasy kids I taught every day. I even used the real name of their middle school in the book.

I have discovered my novels have several common threads. One of these is myth. Myth adds subtext to a story. The writer and reader join a conversation that has been whispered for centuries: Where did we come from? Where are we going? Is the world a safe place?

The amazing writer Neil Gaiman said in his speech at the mythopoeic awards, “…sometimes the best way to show people true things is from a direction that they had not imagined the truth coming.” That’s what myth does. It shows us something true in an unexpected way. And in that way, myths can be signposts to larger truths. 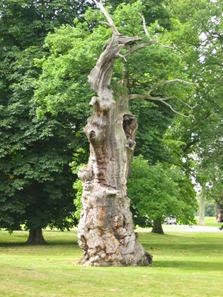 Written by Michelle Fluttering Butterflies at 09:30