I am incredibly honoured today to be one of the final stops for the Countdown to 5th June blog tour AND to be hosting the ever wonderful, Susie Day, who is not only an amazing writer of wonderful stories but also just a really lovely person.

On the 5th of June, Susie's 4th book in her Pea series, Pea's Book of Holidays will be published and this is such a wonderful and fun series of books for middle grade readers. I really recommend that you pick up these books to read if you haven't already. And if you want to know more about Susie Day OR her books, do visit the following places:

Enid Blyton: the reason I and millions of others love to read, bringer of accessible readable joy, queen of series fiction, our hero!

Enid Blyton: purveyor of misery, destroyer of literacy, author of the most sexist racist classist tosh imaginable, a plague upon our bookshelves! 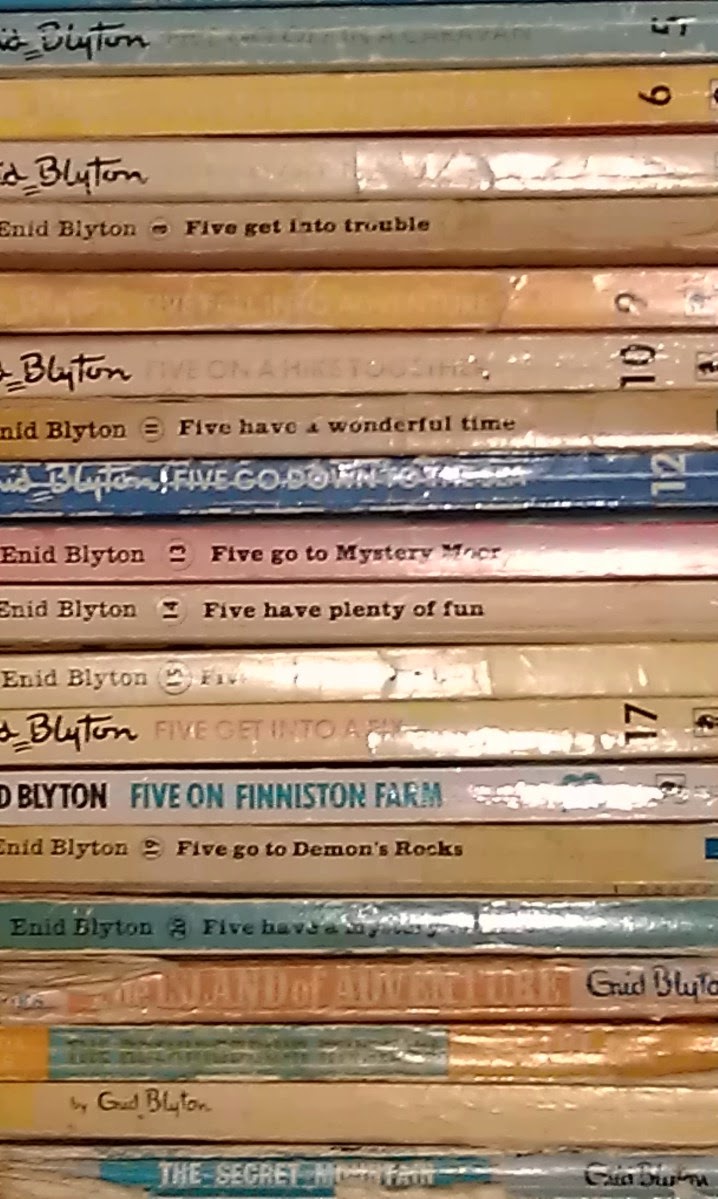 There was even an extra frisson attached to Blyton. My mum’s from Swanage: not far from Corfe Castle, the purported model for Kirrin in the Famous Five books. One summer, while Blyton worked, my grandfather was charged with teaching her children to sail. She wrote letters (long since lost) to my grandmother about education. For a little girl who thought she’d like to be a writer one day, that connection felt special. And the books! Moon-Face saying ooble-ooble-ooble; Barney and his monkey Miranda; Bill and Clarissa and poor desperate colicky Thunder; a short story I’ve never been able to track down about a boy granted three wishes on a hot day, who wished to be the raggedy kid he spots stripping off to jump in the river - only to discover he’s now that kid, so he doesn’t get the other two wishes.

But. We all know why she’s controversial, but it takes going back to reread as an adult to feel the weight of it. It’s not only the obvious things: Noddy’s infamous carjacking golliwogs; the multitude of ‘swarthy’, poor, poorly-spoken types her investigators can just tell, somehow, are up to no good; simpering Anne, so useless compared to George who is - phew! - ‘as good as a boy’ - and of course, the predictable prose, the repetitive plots. There’s a core of judgemental selfish nastiness running through them that sours the fun; a fundamental mistrust of anything other than four posh white people. 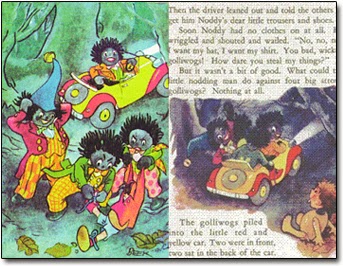 When I started rereading the Famous Five books, I’d already begin writing Pea’s Book of Holidays. Blyton is embedded in the book: she’s the reason Tinkerbell wants to go on a camping holiday; she’s the reason Pea takes their writer’s-blocked Mum to Dorset, in search of the magical ‘Blyton fumes’ which she’s sure must permeate the air. I’d given my characters my own simple childhood adoration for all things Enid. Suddenly I felt panic. I was writing about two sisters from a single-parent family, one of whom is mixed-race (Tink’s dad is British-Jamaican), who are supposed to be massive Blyton fans. I read Lemn Sissay’s piece about challenging a shop owner for selling golliwog dolls. The Blyton shop in Corfe Castle village sells them too. How would Tink feel about that? Did I even want to be effectively promoting Blyton to my readers? 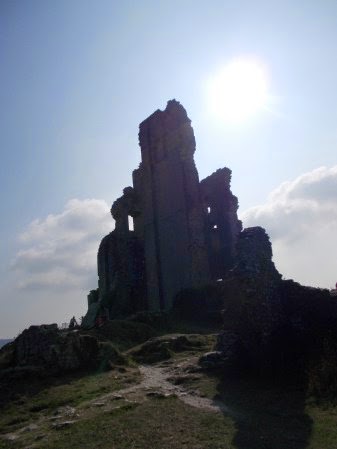 Then I went on holiday - we could call it research, we could, but it would be a shameful lie - to Corfe Castle village itself, with my sister’s family. And there, between scones and sandcastles, I figured out two hugely important things.

1) Enid Blyton’s writing is some sort of weird sorcery.

Seriously. I read a bunch of stories with small relatives that holiday, and wow. I know no other writer who understands reading age and how to mediate her work across different age groups so well. She nails bedtime stories: just long enough for you to be able to say ‘ok, one more’. There are moments in the Enchanted Wishing Chair which are throwaway rubbish but which I have apparently remembered across decades because they were reread time and again. Her plots are about botany and ‘the butcher’s boy,’ such opaque distant stuff, and it doesn’t matter. And because they are so many, because they are familiar and repetitive, because they are by the same author - they carry you from the flimsy to real confidence, independent reading, a whole book all by yourself. Magic.

Pea’s a reader, a thinker and a worrier, and it was easy to imagine that the Paget-Skidelskys, the academic couple next door, might be casually sniffy about Blyton - in a way that Pea might take to heart. Suddenly Pea can see the arrow. Instead of pretending that liking Blyton was something simple, it gave me an opportunity to confront the problems in her work, and to analyse how we deal with feeling ambivalent or critical about something we also love - something adults aren’t good at either.

Even lovely Miss Pond, the school librarian, had given her a very severe look when she’d asked for a Malory Towers or two to take home for Tinkerbell a few weeks ago, and directed her to a shelf full of thick tomes: ‘proper’ books for a ‘confident reader’ like Pea.

It was the same with Mum’s Mermaid Girls. Some people were awfully suspicious about mermaids. And girls. Once, she’d been behind a girl in a bookshop queue who was clutching Mermaid Girls 2: Deeper Water, and had hopped excitedly from one foot to the other, trying to muster the courage to introduce herself – only to see the girl’s dad pluck the book out of her hands in horror, and exchange it for something less sparkly.

There was a big poster in Miss Pond’s library which said LOVE READING! Pea did. But were there special rules about which bits of reading she was allowed to love?

It was all very confusing.


In the end, Blyton’s presence allowed me to make this a book about books: about how we read, and how complicated our feelings about books can be. How sometimes we might feel just as ambivalent and conflicted about people, the real kind, perhaps even ourselves: people who don’t exist in Blytonesque black and white but in shades of grey.

It’s a book for 8 year olds and upwards, not an essay, so of course there’s a story too: absent smugglers, the ghost of Enid Blyton, and genuine peril over a marshmallowy campfire. It’s all jolly thrilling. But I think it’s the grey areas that burn brightest.


Thank you so much for this brilliant blog post, Susie! And don't forget to catch up with all of the amazing posts for the Countdown to 5th June blog tour at the dedicated website!
Written by Michelle Fluttering Butterflies at 08:00