Can characters be unlikeable but still loveable? by Alexia Casale 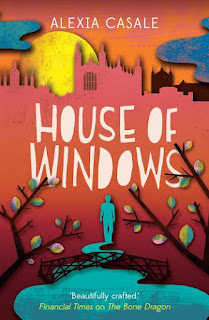 Absolutely pleased and honoured to be sharing this guest post from Alexia Casale today. Alexia is the author of The Bone Dragon and House of Windows (published this month!) as well as the organiser of upcoming literary 'festival' for MG/YA #YAShot.

House of Windows is one of my favourite books I've read all year. You can read my review of it here and I'm so glad that Lexi chose to write about the likeability (or not) of her main character, Nick. I think it's really interesting and I hope you enjoy it too!

Find out more about Alexia Casale, her books and YAShot using the following websites: 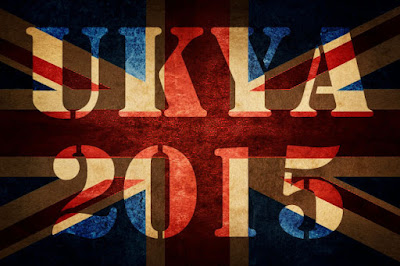 Can characters by unlikeable but still loveable?
by Alexia Casale

A while back, I did an interview about The Bone Dragon that included the question ‘Why will readers like your protagonist, Evie?’ I remember blinking at the screen and realising I’d never even thought about it before because it had never occurred to me as an issue. I love some of my characters and hate others, but I never think about whether they’re likeable. It seems such a low bar to set – and, at the same time, it’s so hard to achieve a general ‘likeability’ that everyone will agree with. Likeable characters are like bread: very pleasant, but also very easy to get fed up with unless you add something to the mix. How could any writer ask people to read an entire book about bread-people? Books need to be about marmite-people: people love or loathe. People readers will have a strong opinion about.

Nick, the protagonist of House of Windows, is a prickly, touchy, difficult, largely self-centred smart-alec. I don’t expect the majority of readers to like him. Instead I hope most will slowly come to love him, not because they discover he has a hidden heart of gold but through gradually coming to understand him: to see why he’s self-centred and why such a smart person is so dumb when it comes to people. There are reasons that Nick is as he is, but during the book he starts making different choices and becoming a slightly different person. But his choices aren’t a matter of him saying ‘Oh, I guess I’m a bit of a jerk: better do something about that’, they’re about him coming to understand that there are other ways of behaving.

As we slowly realise, Nick needs some help learning enough about other people to know how not to be selfish. I love Nick and I feel for him because I understand why he hasn’t seen the other choices he could make before. Also, he’s still a child and I think there’s a lot to love about a person who is doing his best, as he approaches adulthood, to find a way to be a better person when he’s really not had any help figuring those things out. The things we learn about why Nick as he is don’t excuse his behaviour, but they explain it. It’s easier to have sympathy for people when we understand where they’re coming from. Often we see that when people aren’t nice to us, they’re not trying to be hurtful: they’re just try to deal with stuff going on in their own lives. When we see that people don’t mean us harm, it’s easier to see past their actions. That’s the journey I hope to take readers on with Nick.

Meanwhile, one of the others characters is presented as a ‘nice chap’. But then there’s a bit of stereotypical, slightly cartoonish ‘comedy’ with one girl and then another… and over time I hope readers will see that this ‘likeable’ ‘funny’ ‘nice chap’ isn’t really either of those things. In his way, he’s a much less pleasant person than Nick – he’s just got a shinier, smoother surface. He doesn’t prickle at everyone and periodically sneer, but he is much more deeply unkind. More deeply selfish.

And that’s another issue I have with ‘likeableness’. Often the people who are overtly likeable aren’t actually that nice or kind or decent. Yes, they make nice and they smile and they never actively say anything horrid and they try to avoid conflict… but those things aren’t always good at all. If someone stamps purposefully on your foot because they fancy it and then smile and make an apology, it’s harder to call them on it. But I’d say that person is worse than the one who just comes up and stamps on your foot while glaring at you and then swears at you and walks off. We often mistake slick for likeable. After all, how can anyone be ‘likeable’ and still challenge implicit prejudice from someone who is smiling and oblivious when this will doubtless mean upsetting people and ‘causing a fuss’? On the one hand it’s not likeable to do otherwise, but upsetting people and causing a fuss are antithetical to the appearance of being agreeable and smiling and getting on with everyone that we often associate with likeableness.

Likeableness is a mask people wear when you first meet them. It doesn’t tell you much about what’s going on underneath and that’s what I care about in creating characters: I don’t want them to be a small list of traits but feel like real people - complex and contradictory and all the more wonderful because of it.

It’s not that hard to love people who act in selfish and difficult ways provided they’re not cruel and you understand why they’re behaving that way. Liking people is all about surface impressions: it’s relies on not knowing very much about someone. Love relies on complexity: it’s about liking some bits and not others, but understanding how all the bits fit together and appreciating the whole person as more than the sum of their parts. That’s what I strive for with my characters. I want them to be interesting. I want them to gradually come to make sense. Then you can like them or not, love them or hate them, but I hope you’ll see them as I do – as people on page, not just characters acting out a story. 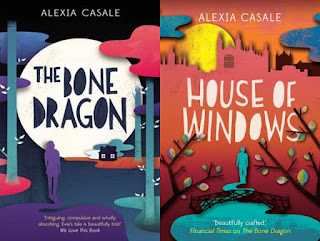