J is for JANGALA A-Z of Railhead by Philip Reeve

I am so happy to be taking part in the A-Z of Railhead by Philip Reeve blog tour today! Railhead is a scifi adventure story from the author of the Mortal Engines quartet. It looks spectacular! It's already available in hardback. Find out more about Railhead and Philip Reeve by visiting Philip Reeve or follow Philip Reeve on Twitter! 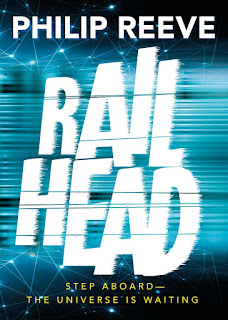 J is for JANGALA
by Philip Reeve


There are many different types of world strung like beads along the lines of the Great Network. Some, barely habitable to begin with, have been terraformed just enough to allow miners and industrial workers to live there, extracting and refining raw materials for richer, kindlier worlds which don’t want to scuff up their own ecosystems. On the planets where large numbers of people live, park-like garden cities sprawl around the K-bahn stations. And here and there there is a planet which is purely used for leisure; resort worlds, and the game preserves of the powerful Corporate Families.

No family is more powerful than the Noons, and the Noons are famous for their forests. The station cities of their worlds are greener than most, and their resort-world of Jangala is one planet-wide forest; tropical jungle at the equator giving way to broadleaf woodland in the temperate zones and vast pine forests near the pole. Small towns and lodges nestle among the trees, welcoming visitors from other worlds and important guests whom the Noons want to impress. Maglev trackways carry picnickers and hunting parties into the deepest parts of the world-forest.

21st Century nature-lovers might be shocked by how popular hunting has become in the age of the Network Empire, but life on the Great Network is complex and technological, and the Corporate Families like to get back in touch with nature by tracking large, dangerous animals for days through dense jungle and then blowing them away with high-powered guns. Generations of bio-technologists have laboured to stock the forests of Jangala with some truly impressive beasts, some familiar from Old Earth, others more-or-less new, and genetic templates fashioned by the Guardians have allowed them to revive creatures from prehistory. In different parts of Jangala you might meet woolly mammoth, giant elk, or actual dinosaurs - not the sweet little miniature triceratops and stegosaurs which people keep like lapdogs, but Jurassic giants, red in tooth and claw, a challenge for even the most experienced hunter… 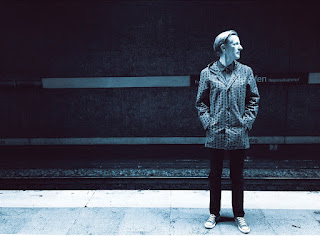 Railhead by Philip Reeve is published on 1st October by OUP.
Written by Michelle Fluttering Butterflies at 08:00