Hello strangers! I'm sorry that I've not been updating this page as often as you're used to. Times have been tough and I really needed to take a step back from my blogging and booktubing responsibilities for awhile and just concentrate on myself and my family. I've gone through many reading and blogging slumps over the years but this latest one felt different in so many ways. I know I've said previously that I've considered giving up blogging, but this time I felt like I really meant it and I was contemplating what my life (and by extension my *identity*) would be like if blogging wasn't a massive part of how I spend my time. And I tell you, it was a pretty bleak exercise. I really didn't like what my life without blogging looks like. So I can't tell you with any certainty that I'm definitely here to stay. But I am least here to stay for right now. And I hope that will be enough.

Why I've been absent


For anyone who has been following my difficult past few months: my dad's health has further declined and he's now been moved into a live-in care facility and is at least getting the around the clock medical treatment that he needs. He seems happy enough to be there and I take comfort in the fact that he's safe and as well as can be. My mother came back into my life very, very briefly after a 7 year estrangement and there has been no further communication. I can only assume that her presence in my life is a 7-yearly affair. It hurts but I'm moving on from it. Recently I also had some dramatic news from my brother which just goes to show that the universe wants to dump every emotional thing on me at once. It's okay, I'll get through it.


What I've been reading


In terms of reading, I haven't been doing much of it lately. I had a great 10 days' worth of reading a couple weeks back that was wonderful and I raced through 6 wonderful books. (Look out for my booktube video on that, coming soon!) and now I'm back to being on the cliff-edge of another reading slump. Thanks to a lovely new friend, I've been dabbling in reading some amazing poetry lately and that's been fantastic. Turns out poetry is wonderful for giving me short, emotional bursts of writing in which it becomes that much easier to fall back in love with words and language and structure. I really recommend reading poetry for reading slumps now. Especially the very moving poetry of Pablo Neruda. I'm also dipping in and out of a book called The Things They Carried by Tim O'Brien which is a sort of collection of short stories about a group of soldiers in the Vietnam war but it's also about language and memory and I'm absolutely loving it. It's nice to be reading something that I wouldn't normally read. It's also nice to read a book written by someone very obviously an amazing story-teller. It's also incredibly emotional which is very necessary for me right now and it serves a double-purpose as it makes me think of my dad (who is a Vietnam veteran). So I'll let you know how that goes. And please send over any of your poetry recommendations. Preferably short, emotional poems that I can look online! 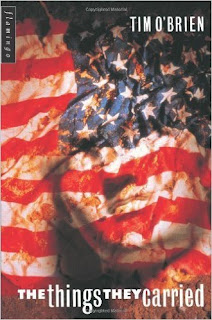 What I've been listening to


I think the last time I shared any music updates I was listening to a lot of Michelle Branch. She's still amazing.  Especially as I haven't been reading as much I've found that I'm listening to a lot more music. I find it relaxing and quite soothing. I juggle The Wreckers album with the new Adele album (love Adele) as well as a playlist of singles that have captured my attention lately. Favourites in this playlist include 'Say Something' by A Great Big World and Christina Aguilera, Aurora's 'Half the World Away' and 'Take Me to Church' by Hozier. Based on this, what do you recommend I listen to next? 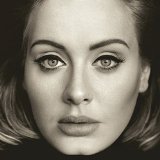 What I've been watching

Still keeping up to date with Homeland and because of my massive crush on Rupert Friend, I ended up watching the Keira Knightley version of Pride and Prejudice just to see him as Wickham. Sadly, he was very under-utilised in that and I came away from it (again!) feeling slightly disappointed. Oh well. Aside from allllll the made-for-TV Christmas films I've been watching (nobody judge me!) the only film I've really enjoyed lately was The Theory of Everything about Stephen Hawking and his relationship with his wife, Jane Wilde. I thought it was really good and I loved Eddie Redmayne as Stephen Hawking. I knew very little about Stephen Hawking before I watched it though. So much so that I thought to myself 'wow, I thought Stephen Hawking was American' at the beginning of the film (Because I'd heard his computer voice with the American accent!) I think what I loved so much was seeing his passion for science and maths. They've never been subjects I've been particularly interested in but I always feel slightly sucked into other people's passions and enthusiasms. It made me want to read a nonfiction science book (but possibly not A Brief History of Time).


So that's me. What have you guys been up to? What have I missed in my absence?!
Written by Michelle Fluttering Butterflies at 12:22