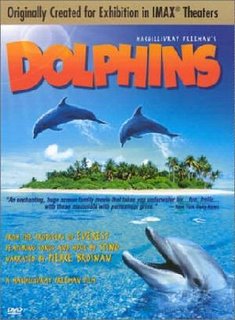 I love soundtracks! And IMAX films! And dolphins! And well, anyway - you get the point. It's been awhile since I've listened to the whole soundtrack to this, it's mostly just the first song because we've put that song on a CD compilation to soothe Boy to sleep. It's such a fun song though, by Sting called 'I Need You Like This Hole In My Head' I love it, what a great title. We actually used this song as the into to our wedding video. Download the song somewhere and you'll see just how great it is. And it IS romantic, because dolphins NEED those holes in their heads. The rest of the soundtrack is quite nice and gentle music by more Sting, if you like that sort of thing.
Written by Michelle Fluttering Butterflies at 08:29