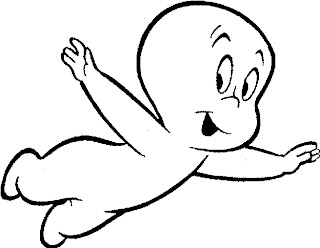 Did I mention that I went to a girl's night in a few weeks ago? It was organised by the local NCT coffee group, of about 8-10 young mothers in the area. It was really great to get out of the house and laugh and drink (not that I drink, but you know what I mean) and have conversations that don't necessarily revolve around our children. One of the topics that came up were weird sleeping habits. Here's my confession: I'm kind of an odd sleeper. I have to say that I must be Queen of the weird sleeping habits, because I have done it all. I grind my teeth, I talk in my sleep, I move around, I even sleepwalk.

Anyway, at this girl's night in the other day, I told this story about an incident that happened a few years ago, which isn't as funny sadly, as when it's told in person. It was before Elliot was born and we were still living in our poky 2-bed terraced house. It was the middle of the night, and I somehow managed to walk in my sleep out of the bedroom, and halfway down the stairs. We have a house alarm, and halfway down the stairs is where I tripped the alarm. I instantly woke up and thought 'where the hell am I?' I start climbing up the stairs, still slightly confused. In the meantime, N has woken up, rolled out of bed and is keying in the code for the alarm. He hadn't noticed that I wasn't in bed. The bedroom door was mostly shut, and I had to push a little to get it open. N said later, that I burst into the room, pale as a sheet and he said the first thing he thought was that I was a ghost! Oh, poor man.

I think N has the most fun when I talk in my sleep. If I just mumbled something incoherent while still lying in bed with my eyes shut, it would be one thing, but I don't. I usually open my eyes, sit up, and say something ridiculous, do everything in appearance like I am awake, when in fact I am not. Not fully anyway. Two days ago was such a night. I'd been asleep for awhile after spending almost an hour reading a book I'd really gotten into when N came into the room. I sat up a little and said to him: