I couldn't pass up the latest Weekly Geeks, in which we're asked to take readers on a literary tour of our hometown. While I didn't find much of interest for authors local to my particular town of Wokingham. However, I did find some wonderful literary connections with the county I live in, Berkshire. The BBC compiled a list already, but here are the highlights... 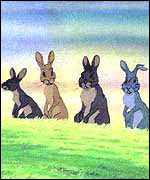 Richard Adams, author of Watership Down, was born in Newbury and Watership Down features his love of the British countryside. The rabbits all came from south of Newbury in the Berkshire downs.

Also born in Newbury (and not deepest, darkest Peru) is Michael Bond, creator of the loveable Paddington Bear! 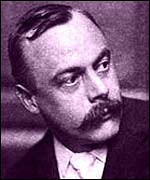 The author of Wind in the Willows, Kenneth Grahame lived with his grandmother in Cookham Deane and then spent his last years in Pangbourne and based his book on the animal life around the Thames river.

Three Men in a Boat, by Jerome K Jerome, features quite a few places in Berkshire including Wargrave, Reading, Sonning and Pangbourne. Apparently 'one does not linger in the neighbourhood of Reading' according to the book! 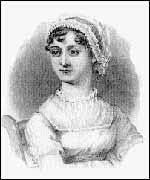 Jane Austen, of course was born and raised in Hampshire, but Jane and her sister, Cassandra both attended the Abbey School in Reading. The school has some similarities to Mrs Goddard's Casual School in Emma.

Also, the most recent movie adaptation of Pride and Prejudice starring Keira Knightly, was filmed in Basildon Park in Lower Basildon.

Oscar Wilde wrote the poem The Ballad of Reading Gaol, after serving a two year sentence there for 'gross indecency.'


And for some near-misses... In November of 1919, T E Lawrence changes trains at Reading station, where a bag containing the only copy of his first draft of Seven Pillars of Wisdom is stolen and never recovered.

Charles Dickens gave a public reading in Reading at the Literary, Scientific and Mechanics Institute (now the Great Expectations pub) at its opening in 1843. Dickens was almost persuaded to become the Liberal MP for Reading.