Have I mentioned yet how much I adore teen television dramas? I really do. Dawson's Creek, Party of Five, 90210, Felicity, Roswell, One Tree Hill, Joan of Arcadia, Friday Night Lights, Buffy, Glee, Gossip Girl, Gilmore Girls and The Vampire Diaries .. even going as far back as The Wonder Years and Boy Meets World - I watch 'em all. Yes. All of them. Have most of them on DVD too, so it's easier for me to rewatch. I do have my favourites though and I am currently rewatching two of them at the moment... 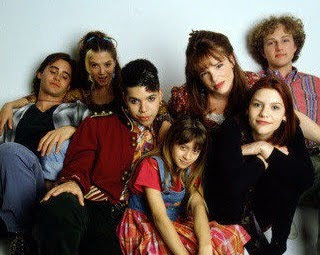 The first and my favourite television series OF ALL TIME. My So-Called Life. With Claire Danes and Jared Leto as Angela Chase and Jordan Catalano.

How much do I adore this series?! I watched it every time it was on TV and I'm always thrilled to watch it again. All that angst and cleverness, wonderful dialogue and good looking people in one show. It deals with so much, from identity to fitting in to first kisses. I remember watching it growing up and I felt like I was Angela or that I wanted to be Angela and I just couldn't get enough of the show. I cried when I heard that it wasn't coming back for a second series. Mostly because I couldn't spend any more time with these fabulous characters :(

Rewatching it whilst tweeting about it with a group of friends was Diane's brilliant idea - every Tuesday at 1pm (except for the last two weeks, ack!) using the hashtag #MSCLRW and she recaps the highlights at My So-Called Life Re-watched. 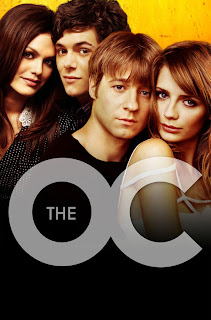 And the second show that I'm rewatching at the moment, is the very dramatic The OC. I never watched it until after the show ended and then I kicked myself for missing out on all the fun. I'm watching it with N and it makes me happy when we have the chance to watch a few episodes all at once. I heart Seth Cohen! And his relationship with Summer and with Ryan and his parents. I love how Sandy and Kirsten are unshakeable as a couple andI find Julie Cooper to be the perfect mix of annoying/manipulative. We're in the middle of season one and thankfully have a long way to go until the end!

And because there are two other reasons why I watch these shows, I'm just going to add them here at the end. 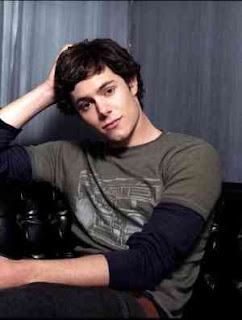 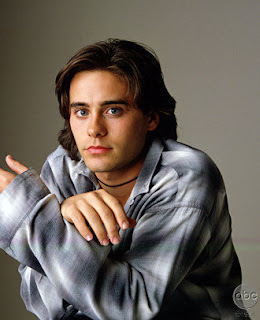 Jordan Catalano
So that's what I've been watching! Do you have a favourite TV programme you like to rewatch? Do you like the teen dramas? Are you excited about the fall line-up? Let's talk TV.
Written by Michelle Fluttering Butterflies at 11:15