Guest Post: Susie Day on the books she writes

Susie Day is the absolutely wonderful author of Big Woo: My Not-So-Secret Teenage Blog and the hilarious Girl Meets Cake (both books titled differently in the US: Serafina67 and My Invisible Boyfriend - click on the link to her website in order to read exerpts from both books!) I am so excited to welcome Susie to my blog today!

I write ‘pink’ books. You know the ones. They aren’t always pink, but that’s what they get called: sweet girly romance for teens, probably with sparkles and shoes on the cover.

I also happen to be a lesbian.

So how does that work, exactly? For starters, I’m fairly sure ‘making stuff up’ in is the job description. As it happens, my own teenage experiences were with boys - so creating my main female character’s adorkable love interest as a fella? Not such a giant leap. Being gay doesn’t make me immune to the concept of The Hot Guy (just as most straight women can go ‘hey, that Beyonce looked kind of smoking in the Single Ladies video, no?’ without their entire self-perception melting in panic). Supernatural’s Dean Winchester is a pretty, pretty man whoever is looking at him. 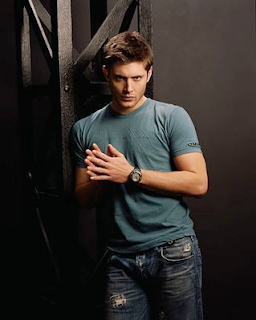 I write funny, contemporary fiction about learning to be the young adult a girl grows into – with all the embarrassment, glee, physical weirditude and lost lonely gloom that it can entail. Sex and sexual identity is a portion of that – and that’s scary and baffling whether it’s down to orientation, or the conviction that everyone else has DONE RUDE THINGS and you haven’t even looked at yourself naked in the mirror yet. Being a teenager can be relentlessly terrifying, and that’s universal. 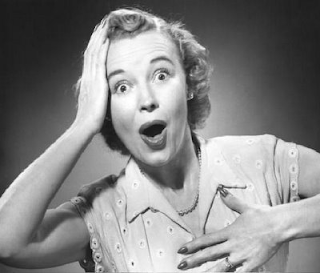 I don’t mean to make light of the issues specific to LGBT teens: the genuine threats, hostility, violence and rejection that some have to endure. There are unique anxieties within the community, that YA lit can and does speak to directly and powerfully. (There’s a cracking list here.)

But as a comic writer, there’s only so much grit I want to include – and LGBT characters aren’t only there to ‘represent the issue’, just as ‘pink’ books are never only about romance. Even the most love-addled teenager (gay or straight) also has to deal with friendships and school and zits and sweaty bits and parents and The Looming Future and music and movies and bad decisions and burnt toast and money and facebook and the continuing tendency of the human race to knacker itself and its planet for no logical reason – and that’s without throwing in mental illness or bereavement or divorce or any of the million curveballs that real life involves. Real people don’t fall in love in a vacuum: bullies don’t vanish, the laundry doesn’t wash itself just because you distractingly like someone. (Boo.) Love is one piece of the pink puzzle, not the picture itself.

That doesn’t mean LGBT invisibility: it means giving my gay characters a place in a smarter world, where they have the same status as everyone else. Dai and Henry in Girl Meets Cake nearly break up because former fat-boy Dai worries he’s not good enough; Cam in Big Woo fights with her mum for dating rubbish blokes. Those worries could belong to any of their friends: they aren’t defined solely by sexuality.

To some that might seem like a cop-out: an erasure of difference. But what’s important to me is that they are there, visible, out and ordinary. It still startles me how frequently I read teen fiction in which not one character is other than straight and cisgendered.

If an author isn’t LGBT themselves, you might ask, why would they bother? Why should they, when the rest of our popular culture doesn’t? Or perhaps those characters are there, somewhere, like Dumbledore. The author just never got around to mentioning it on the page, it never seemed relevant to the story, it just didn’t crop up...

It matters because representation matters. Numbers matter. Names and faces matter. The It Gets Better project in the US – tragically prompted by multiple teen suicides – opened my own eyes to just how empowering it could be to see real individuals unafraid to be counted. Maybe it’s because I stayed in the closet for so long, or grew up in a place where I knew ONE gay teen, and even that was a secret. Maybe it’s because I associate silence on the subject with my own cowardice: because not taking every opportunity to say ‘yes, hello, lesbian in the room!’ feels disingenuous. (I am SO much fun at parties.) And, yeah, maybe those are my problems, and I can’t import them into every flippin’ book I read without going a bit barmy.

But – the reason I write for teenagers is because they’re important. All of them. The books they read are important: even the flip, sweet, funny ones; maybe especially those. We have a responsibility as writers of YA to offer them something of value. Hope. A voice. Guidance on how to be an ally. A perspective wider than the one in their front room. I know not every book can achieve world peace and a lifetime supply of KitKat Chunkys, but we’re writers. We’re daft by default. We can shoot for the moon.

Me, I’m still aiming. Maybe next I’ll write a funny, fluffy teen romance with a gay main character. The pink book world is ready for a Georgia Nicolson who’s torn between snogging Davina the Laugh and the Robyn the Sex Goddess, right?

What an amazing post! Thank you for sharing this with us. Visit Susie Day at her website, where she blogs intermittently, or follow her on Twitter. And I would recommend reading her books as well :)
Written by Michelle Fluttering Butterflies at 10:27