While music isn't absolutely central to my life, I do enjoy it. Thinking back on the way in which music has shaped my life, I've noticed some things about the way I listen to music. I generally hear a song or an artist and listen to their music over and over again. Solid repeats on a single song or album until that emotional phase has passed.

I can pinpoint several blocks on my life where in order to get past it or through it, there have been distinct phases. I'm sure I'll come back to this subject (as I've already explored it in the past, though not for awhile) and let you know about other important life phases, but today I'd like to talk about Sarah McLachlan. Sarah McLachlan came into my life when I was a late teenager. I think perhaps her track Angel on the City of Angels soundtrack brought her to my attention. I remember buying Mirrorball, which has a collection of live versions of songs on her previous albums, and listening to it on repeat. Just something about her soothing voice and the melodies spoke to me in a way that no other music had before it. It just felt so emotional. 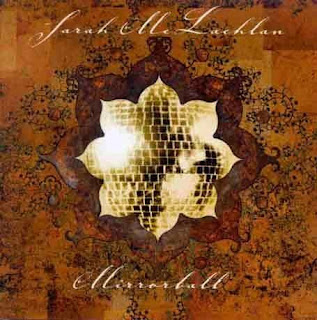 I can still listen to Mirrorball and get wrapped up in the music all over again. Listening to Building a Mystery the other I felt all emotional and just happy inside. But what I really think about when I listen to Mirrorball, or just Sarah McLachlan in general, is that N and I listened to this when he visited for the first time. We'd by lying on the bed, listening to music and talking. And it's one of my strongest memories of my early relationship with N, this getting to know each other whilst listening to music.

It isn't even as if we only ever listened to Sarah McLachlan during that time, I think we listened to several different albums and artists, but when he left that first time, I listened to Mirrorball nonstop. In my mind it became one of the first soundtracks of our relationship. One of the first of many. 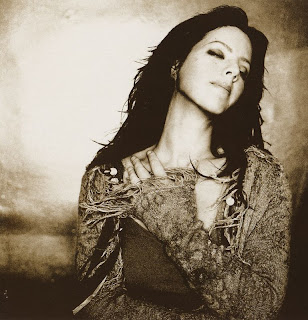 Fast forward several years, after we'd been married for just over years. I was working in a bookstore at the time and Afterglow had been released after so many years without a new Sarah McLachlan album. I had brought Afterglow into the bookshop to play and just as I used to listen to Mirrorball over and again, I listened to Afterglow almost non-stop. I thought it absolutely beautiful. My favourite songs were definitely the first three tracks, Fallen, World on Fire and Stupid.

I remember N was called away on a business trip and stayed a week (in Denmark? Sweden? I can't quite recall). And for an entire week, I set my alarm clock to play Fallen in order to wake me so I could get ready for work. I love that song so much. And that was the week that I found out that I was pregnant with my Eldest.

Same for finding out I was pregnant. I was only 22 at the time and I really wasn't sure at all that I was capable of being a good mother. I worried and I doubted myself. And in that week on my own, with the sounds of Afterglow in my ears, I became a little hopeful.

That's what I hear when I hear Sarah McLachlan. New beginnings and hope.

Written by Michelle Fluttering Butterflies at 08:53