I'm sure it's no secret on this blog, that I'm a huge fan of Buffy the Vampire Slayer. I had a completely different post planned today, but changed my mind in order to talk about villians in Buffy the Vampire Slayer. With seven series of the show, there are many to choose from. Here is a small list of some of my favourites. Please feel free to share your own in comments! 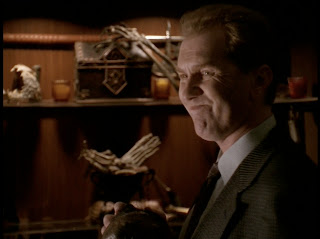 Mayor Wilkins - Now I didn't especially find Mayor Wilkins all that scary. But his cheerfulness was a little creepy. I really loved his twisted relationship with Faith though. And I love the fact that he was going to give his entire speech at the graduation ceremony... 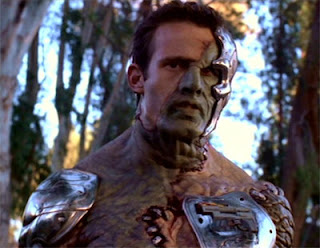 Adam - Part human, part demon, part robot. Super strong and built to kill. He gets Spike to help him take down Buffy and the Scooby gang, but they triumph in the end. 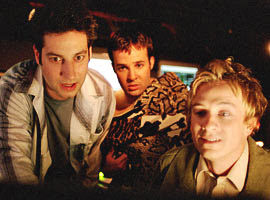 The Trio - Didn't we all just laugh at these three geeky boys at first? I think we were meant to, and then it all got a little more serious. Warren, Andrew and Jonathan. 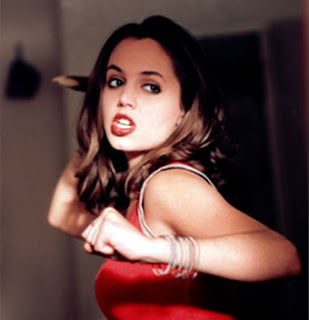 Faith - Faith really is one of my favourite characters. I love how this show does such a great job of giving these characters depth. They aren't all perfect and good, as you can see from this list of villians. Faith, Spike, Angel, Willow. They all struggle with the darker sides to their characters and it really makes for some fascinating television. 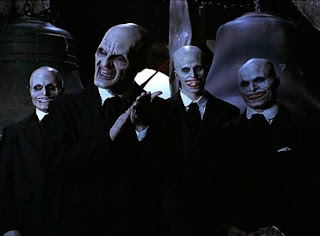 The Gentlemen - When I first had the idea of this post, the first villian(s) to come to mind were the Gentlemen. They are so unbelievably creepy! They really stay in my mind as the scariest things I've seen on TV is a very, very long time. I thought the whole episode of Hush was done SO well. 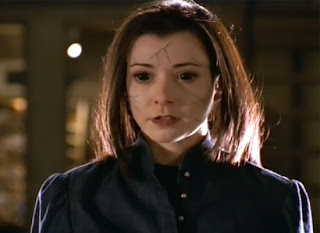 Willow - As I was watching the show, I think the most shocking and surprising thing that happened, for me anyway, was the death of Tara. Not just that she died, but that she was shot with a gun and died. No supernatural beings or demons or spells or anything. Just a regular person using a regular gun. And I love the grayness of Willow as a villian. I can understand where she was coming from here. I wasn't a huge fan of Willow's ongoing problems with magic and I wasn't afraid of Dark Willow, so much as I thought it all a little sad, but also interesting. 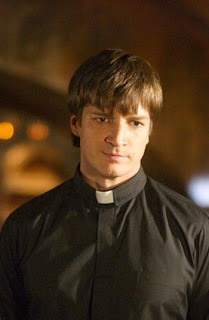 Caleb - It's Nathan Fillion! As a serial killer priest and the right hand man of the First Evil. The First Evil should really be the main villian here, one of the hardest (obviously) Big Bads to defeat, but as it uses Caleb as its face, I feel justified in putting Caleb on my list instead. He inflicts real damage to Sunnydale and prospective Slayers ... even removing Xander of an eye. 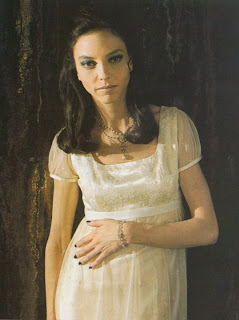 Drusilla - One of my favourite characters! She's insane and a vampire and also psychic. This mixture of cruelty and childishness really makes for a scary villian. Her and Spike are wonderful together. 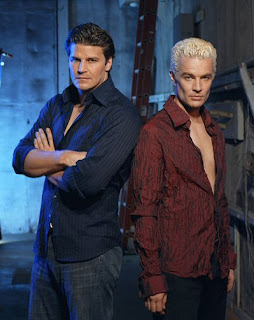 Spike and Angel - I'm going to join together these last two villians or else this post will be miles long. And obviously this is not a picture of them when they are bad... I really liked both of these characters. Both very bad vampires who turn good and try to help. I of course, preferred them bad...

Who or what was your favourite villians from Buffy the Vampire Slayer?
Written by Michelle Fluttering Butterflies at 11:19