For me, I think werewolves are pretty new. It's only as I've been reading and then writing my reviews for this month that I really realised that there is one paranormal creature that I love more than any else. And those are werewolves.

There's just something about them, the closeness between pack members and the belonging. I don't even know how to explain it. But they are my favourite to read about. Now, here are some werewolves to watch on TV and film... 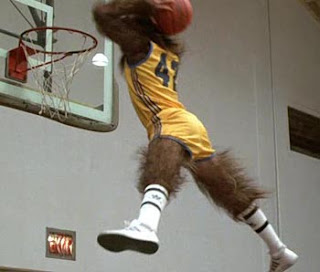 Teen Wolf - I think my first ever introduction to werewolves was in the 80s film, Teen Wolf. He looks super hairy and of course it's all a little bit ridiculous and uncomfortable to watch. But it was a classic and of course, one of my family's favourite films as I was growing up. I do not watch the modern remake. 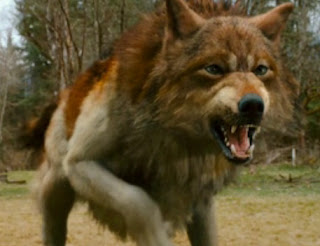 Jacob from Twilight - You might come across this fact during my 'Vampire Week' later on during Paranormal Month but I'm not a big fan of the Twilight movies. And I think I prefer Jacob as a werewolf, rather than shirtless and showing off his six pack! 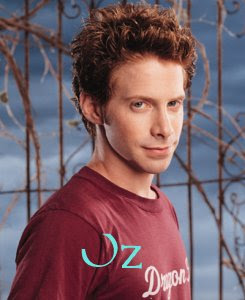 Oz from Buffy - I couldn't find a decent photo of Oz as a werewolf, but he's definitely earned his place on my list of favourites! I thought his character was great, I was a big Oz fan (as well as a Seth Green fan!) I love how in werewolf form, anything goes. If he's not locked up, it's possible he might just eat some unsuspecting person wandering by. Of course I was heartbroken when Oz left after being unable to control his animal desires for she-wolf from Veruca Salt (which I still think is a great name!) But then his leaving meant the arrival of Tara, so can't really complain... 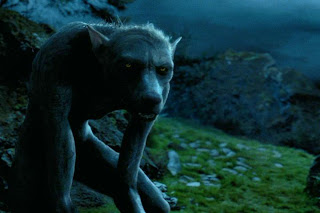 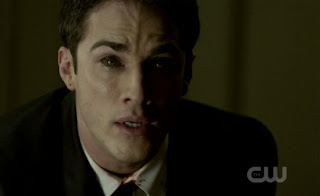 Tyler from The Vampire Diaries - It was around the time that Tyler turned into a werewolf that I stopped watching the show. Not because of the werewolf story or anything though. Especially because I was liking how they made his transformation into werewolf form incredibly painful and drawn out. Adds a bit of drama and conflict, but I do like it when characters struggle with huge changes. So I don't think I ever saw Tyler as a werewolf. Any fans of the show reading this? Did it turn out OK?

And that's all I have time for today. Do you have any favourite werewolves from film or TV? Let me know. Also, what do you think of my list?
Written by Michelle Fluttering Butterflies at 12:05