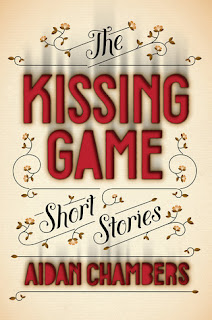 The Kissing Game by Aidan Chambers was entertaining. I read this because I wanted to read a collection of short stories and see whether I liked them. Made up of sixteen short stories which also included flash fiction, letters and script writing, The Kissing Game had a lot of potential. I enjoyed many of the stories; however, others weren’t to my taste.

The first story in the collection entitled, Cindy’s Day Out, was a modern take on Cinderella and whilst I did enjoy it overall, I never felt that I got to know Cindy/Ursula as much as I wanted to and the ending felt very abrupt.

Other stories, such as Kangaroo and the titular story The Kissing Game had shocking endings. The Kissing Game left me feeling cold. In it, two socially-awkward teens exchange a series of letters and eventually meet, resulting in an unexpected twist. The story is written beautifully and the ending jars the reader. I thought about this story a long time after I finished it. The Tower was really interesting. I liked the way reality and fantasy became obscured. It was very mysterious and action-packed.

I wasn’t very interested in reading the short pieces of dialogue; Up For It, The God Debate and Like Life as I do like description, however, I did enjoy Like Life as it has a funny and insightful ending. The character Eve feels as if she hasn’t experienced anything serious in her life but her boyfriend Brad soon changes this. Weather Forecast was a great metaphor for life and Something To Tell You was both sad and funny.

I liked the letter entitled Thrown Out as it was very realistic. The character that lives in a hut, at one with nature, writes a letter to the Environmental Services Manager detailing their simple existence and asks to live their life the way they want to. Of course, their request is denied.

I didn’t enjoy the story entitled Sanctuary. Jack suffers from agoraphobia and has travelled to London from Wiltshire for an interview. He then becomes entangled in the dangerous life of a stranger, a Ukrainian lady named Nadia, who has been forced into prostitution. Jack feels as though he has to save her. I found it quite unbelievable. Chambers tried to fit in too much in a short space and over a short period of time. I wasn’t able to get to know the characters at all.

The Kissing Game by Aidan Chambers was very good overall and as it had wide-ranging themes, there is a story for all tastes. I look forward to reading more from Aidan Chambers in future.