Can I take a minute and tell  you a little something about what inspires me?  This post might become a teensy bit sappy, but I have to say: This kid? He inspires me. 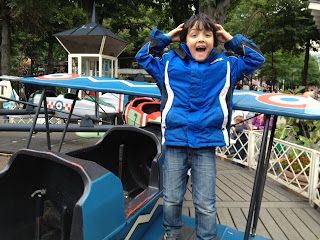 Before I had E and the Littlest, I didn't have that much experience with babies or other small children.  So while I knew, vaguely, that children asked a bunch of questions, but I didn't really know, if you know what I mean.  But ever since E began speaking at 11 months, it's been non-stop inquisitive.  And yes, it can be quite irritating when the questions seem to NEVER END, but I was raised by a dad who answered all of my endless questions, and I've always tried my best to answer his. 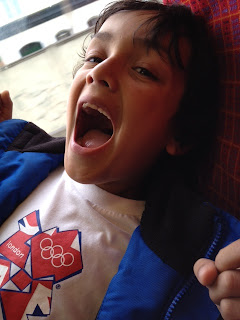 It's only been recently when E's questions have become a new level of fascinating. He amazes me with the way he pairs knowledge in his head, how great his memory is and the clever things he thinks to ask about. 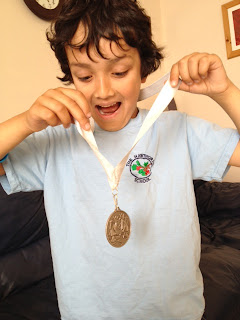 And everything he's interested in, he throws his whole self into.  His interest in dinosaurs is going, as is all the transport.  We watched one of those David Attenborough nature programmes that ignited a passion for sealife that does not go away. Penguins, whales, sharks, dolphins. E wants to know about them all.  He joined the chess team over the last year and came home with a 2nd place medal for his year. Next year, he's aiming for the gold medal.

And that level of intensity for learning makes me want to learn more.  I want to know more about everything, because he wants to know more about everything.  I think it's a beautiful way to be and I hope he stays like this forever, always asking 'why?' and 'how?' and happy to figure out how stuff works and learn more.
Written by Michelle Fluttering Butterflies at 09:05