Lately, whenever I end up watching a movie it seems that is always a film adaptation. I wonder if that's a conscious choice *I* am making or if it's just the case of there being such an abundance of film adaptations at the moment? I'm not sure. I thought it might be fun today to share with you some of my thoughts on these adaptations that I've been watching. Bear in mind though - I am not a movie reviewer, nor will I ever branch out into reviewing films. You'll see why. 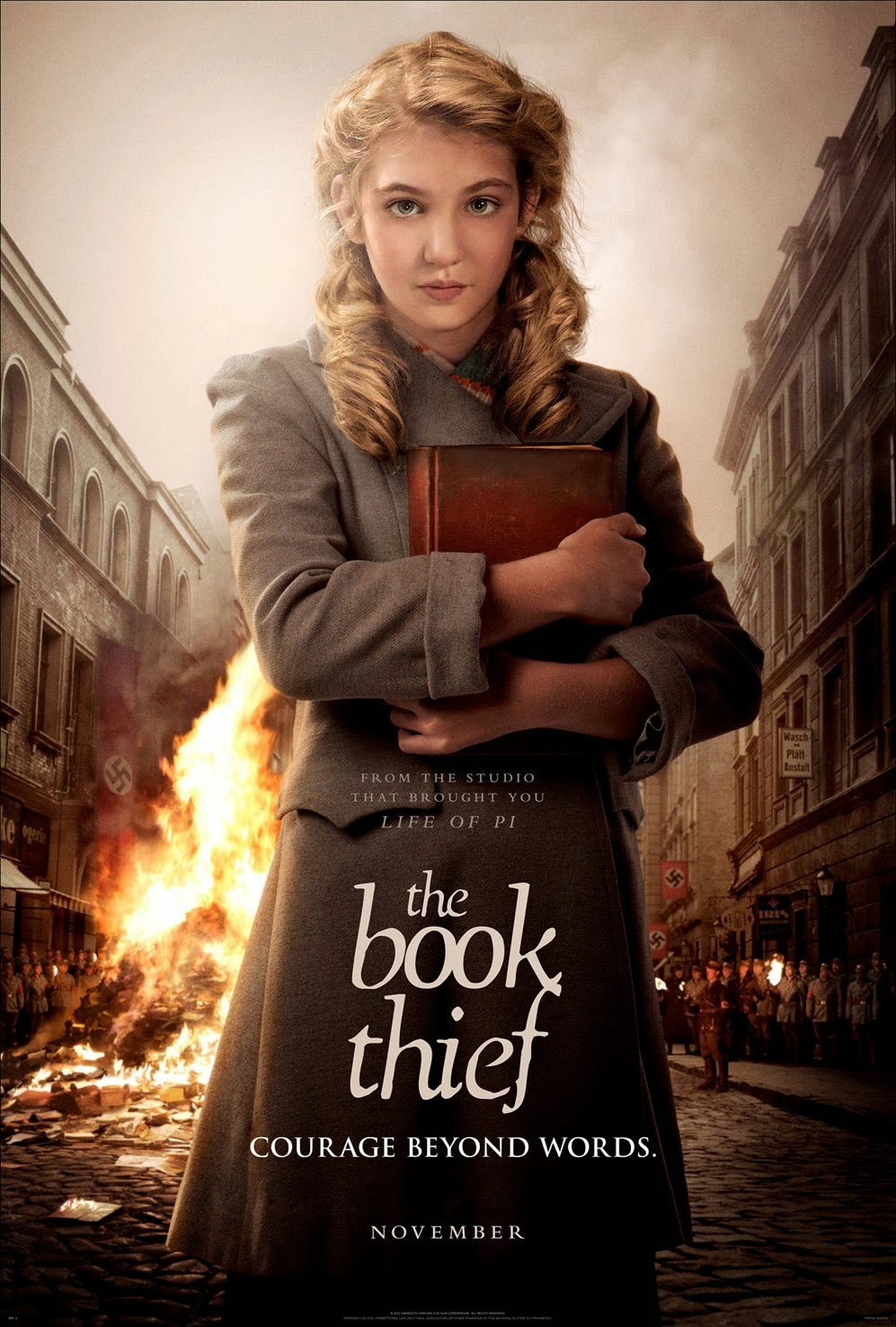 The other day, N surprised me with a phone call to say that he'd just got two free tickets for a preview screening of The Book Thief at our local cinema. Hurrah! I was absolutely thrilled. Despite not having read the book, I'd watched the trailer a few times and it seemed really emotional and like a film I'd really like to see.  I know you're supposed to read the book first, but eh. I'd tried reading The Book Thief several times already and it just wasn't working for me.  I went into the film knowing only the very basic facts about it - it's about a girl who steals books while living in Nazi Germany.  Not a lot to go on.  I really enjoyed it though. I was sort of expecting the film to be a sobfest but I didn't cry.  I felt it was more a sweet and subtly emotional film than a full-on tear jerker. Perhaps if I was familiar with the story beforehand I might have shed a tear or two though.  I am determined now to make it through the book. I feel like a lot of the major story lines (with Liesl's relationships with her adopted parents, with Rudy and with Max and also her journey towards being able to read) would be more fully explored in the book and for those reasons I hope that I'll get past the issues I've had with the book.  Great movie though, I was really impressed. 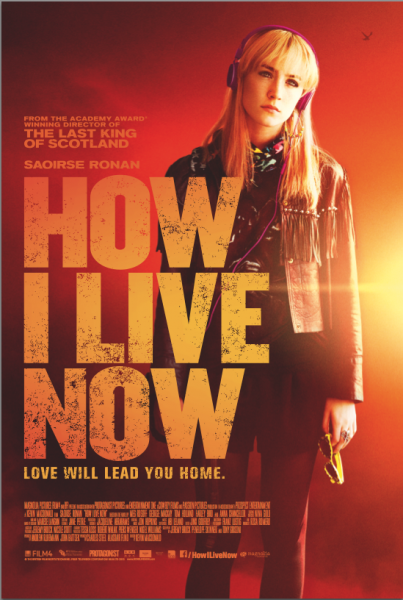 I really love How I Live Now by Meg Rosoff. And I was super excited to see that this book was being made into a film. I was really nervous too because I didn't want it to be a shit adaptation like so many film adaptations before it.  Unfortunately I wasn't able to see it at the cinema and I had to wait for it on DVD. The day that arrived though and I made time in my busy reading/blogging schedule to watch it first thing. And I thought it was a really great film.  I loved Daisy and Edmond in particular but also the way in which Daisy developed over the course of the film and how much healing occurred in the countryside surrounded by her family. And the filmmakers didn't shy away from the grim realities and horror of the war in the second half either. My heart was in my throat at certain parts and I cried at others.  I thought this was a really beautiful film.  It makes me want to re-read the book. 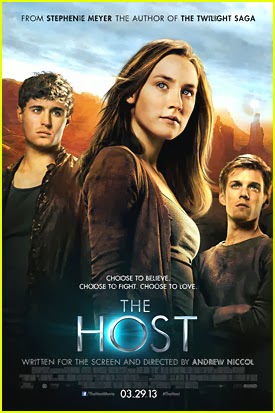 Another film I've watched recently was The Host which was based on the book by Stephanie Meyer.  As soon as The Host was published, I ran out and bought myself a copy. And it set unread on my shelves for years and years. I won't say that the film version of The Host was my favourite movie ever or that it was particularly good, but at least with this film I could see the potential behind it.  It made me want to finally pick up the actual book and give it a chance.  Even though I'm still partially put off by what could be a confusing start and the face that the book looks kind of chunky... I did watch The Host trying to work out where on earth I'd seen the two main male actors before. I've forgotten now.  Still, a mostly enjoyable film to watch, now bring on the book... 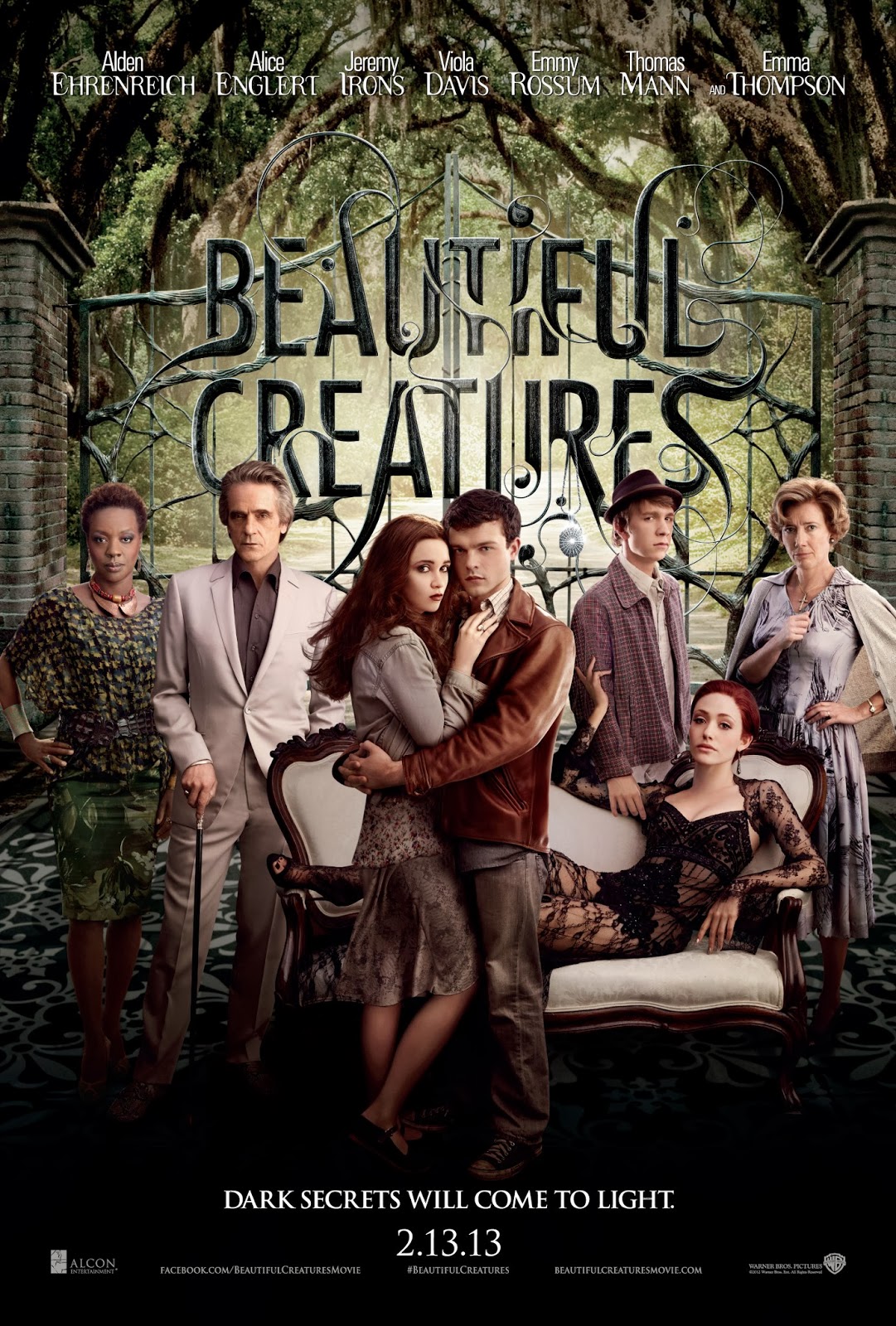 I've always been slightly wary of Beautiful Creatures ... both as a film and as a book/series.  I just wasn't sure what to make of it.  And while I do have an unread copy of Beautiful Creatures sitting on my shelves, I think I wanted to wait and see the film before I made up my mind on whether or not I really wanted to read it.  It's the first book in a series of what? 4 books? All of which are rather chunky.  Which just means I'd need to put a lot of time and energy into finishing this series and I'm just not sure I have enough of either of those to complete this task.  So it all hung on my enjoyment of this film.  And I'm really sorry to that while I thought the film was okay in parts, I wasn't fully convinced. I wasn't convinced by the characters, or the relationships between them.  I wasn't convinced by the world-building or the motivations of the characters. I just didn't fully get where everyone was coming from and it didn't help that some of the special effects felt slightly cringe-worthy.  I can see the potential there, I can. But yeah. It doesn't look like this series is for me. I know you're not supposed to judge the book by it's movie, but sometimes it feels like the movie can at least give you a heads-up about major elements of the story. 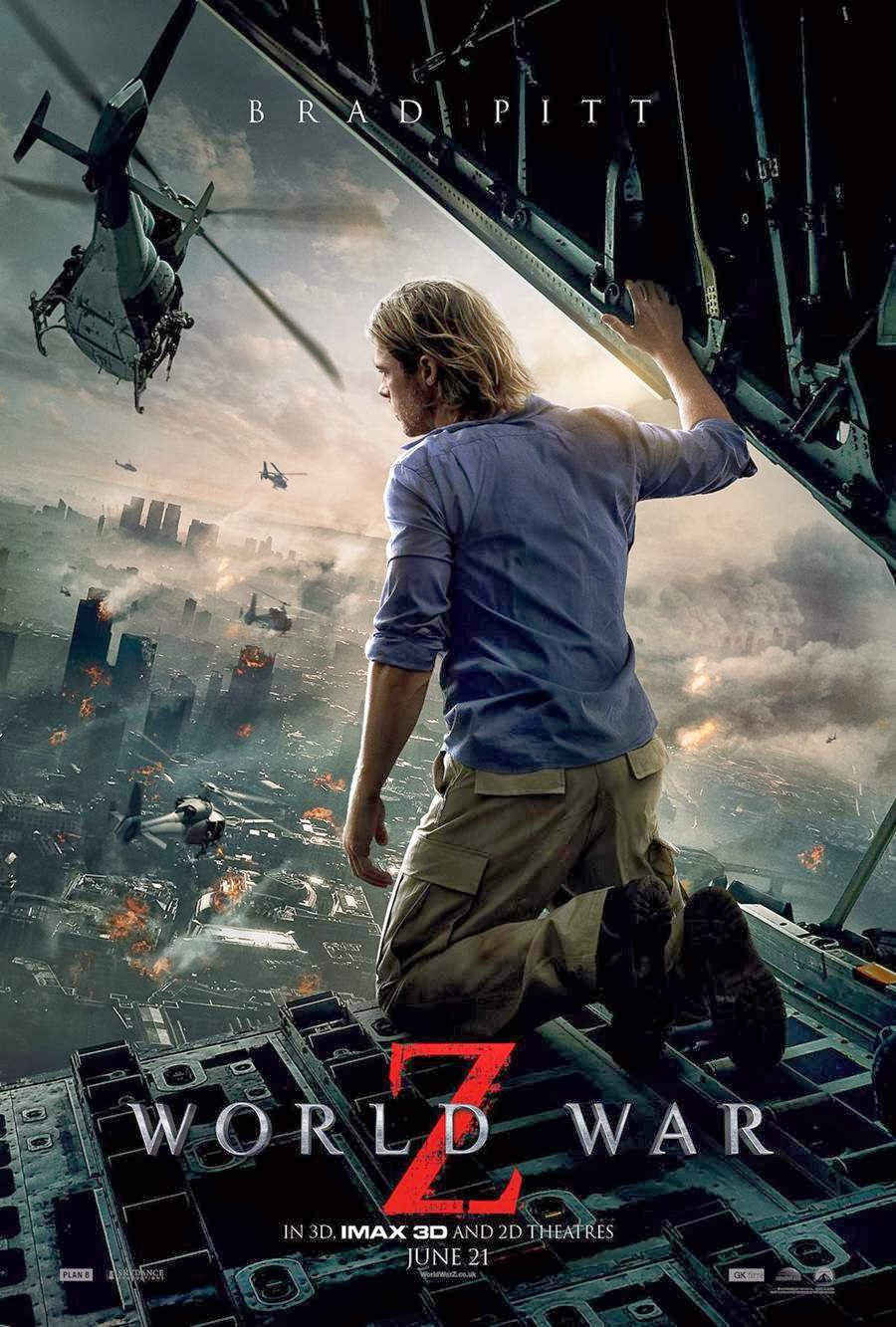 And finally, World War Z feels like the film on this list that is not like the others.  N actually watched this film before me, while on a trip to South Korea awhile back and he said he watched the film and it really made him feel like playing The Last of Us all over again (which I think he's doing at the moment, actually).  Zombie stories in any medium, whether it be in books, films or video games, are not really my thing. I have read and enjoyed some zombie YA stories before but usually when there is a more human focus.  And thankfully, that was present in this film. There were definitely some shocking moments (a character that slips and fatally shoots himself, some zombies popping up unexpectedly) not the least of which was Matthew Fox's whopping 10 second screen time.