The City's Son by Tom Pollock: The Book I Wish I'd Written by Bryony Pearce #YALCreadathon

As part of the #YALCreadathon I have the great pleasure of hosting this wonderful guest post by the lovely Bryony Pearce who is the author of YA novels Angel's Fury and The Weight of Souls.  She has written this fantastic post about another UKYA book and author, The City's Son by Tom Pollock.

It's a fantastic recommendation, thank you Bryony!  To find out more about The Weight of Souls or Bryony Pearce, do check out the following links and note in your diary that Bryony will be holding a workshop on starting to write on the Saturday at YALC between 12:30 and 1:15!

The City's Son by Tom Pollock: The Book I Wish I'd Written
by Bryony Pearce

I lived in London for six years and I have a great many memories of the city, some good, some not so good (ask me about that tube journey I had, stood beneath a fat man who dripped sweat onto my face). When I wrote The Weight of Souls I decided to set the book in London partly because, to me, it is a city of so many faces. It is full of magical nooks and crannies, cosmopolitan, light, fun, inspirational, educational but also incredibly dark, overwhelming and dangerous. Everywhere you go in London you can see something that makes you stop and just look, from the people, to the transport, to the architecture, London just doesn’t let up.

So when I had the chance to visit London and see a friend, Kim Curran, speaking at Blackwells Bookshop with some other authors (Tanya Byrne, Laure Eve and Tom Pollock) I leaped at the chance to go.

While browsing the books for sale I was drawn to one with a unique cover: a hard back enclosed in pale cream paper with a red design that showed the London skyline. Drawn, I picked it up and carried it with me without even looking inside. The book had heft, it felt pregnant in my hands and to my eye it had elegance and beauty. I was excited to hear the author speak. 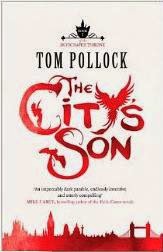 The City's Son by Tom Pollock

To be honest, I don’t remember what Tom Pollock spoke about, but I do remember that he read from his book and at that moment I was instantly gripped. His language is lyrical, fresh and thrilling. To this day I recall the part of the passage he read that made me sit up in excitement (see below). It was the way the words fit together, the poetry of the images, the sense that in the very first few page, Tom Pollock had created a version of London dangerous and electrifying; alive in a different way to the London we know. 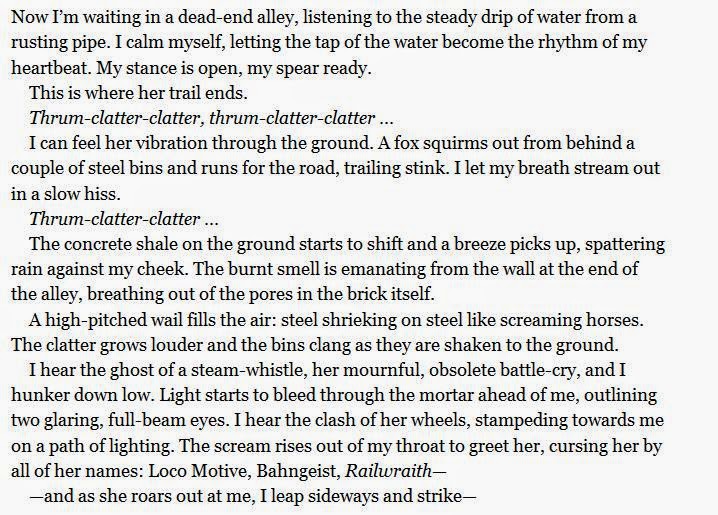 In City’s Son Pollock creates an alternate London where trains have souls, street lights come alive, cemetery statues have terrible secrets and a great battle is going on all around us, unseen. The heroes suffer, fight and love on an epic scale inseparable from the city of London itself.

This book is the book I wish I had written. It is beautiful and terrible, inspiring and thought-provoking, the protagonists stay on with you and you will never look at the city the same way again. 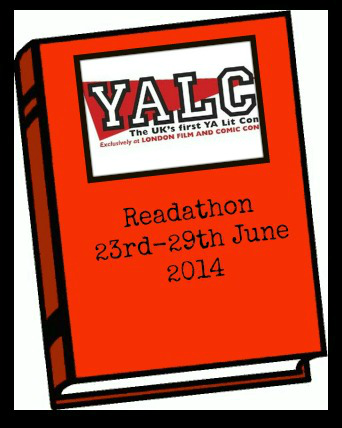