On going to concerts...

Earlier in the year, N and two other friends and I had this discussion about concerts and it started with a question.  If you had the chance to see any 5 artists (currently alive and still performing) in concert, who would those five artists be and why?

I thought it was a pretty difficult question to answer and I struggled to come up with 5 living artists because a lot of my favourite music and bands and things were from when I was growing up. Those songs stick in my head from then.  But we did end up with this smallish list of bands/musicians we'd love to see.  And then N went on a hunt for concert tickets and upcoming events...

Which is pretty exciting for me as I've only to two concerts. And actually one of those is probably better known as a 'gig' (though it makes me roll my eyes to type that). 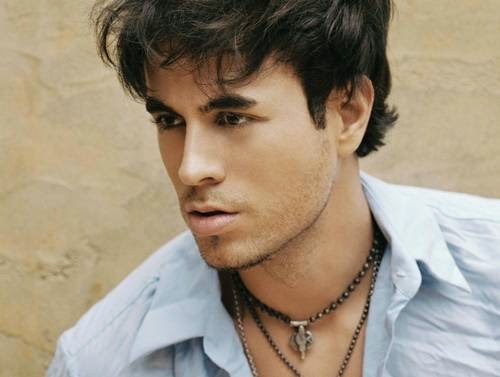 Before children, N surprised me with tickets to see my favourite singer at the time, Enrique Iglesias.  I had made plans with some high school friends ten thousand years ago to go see Enrique in concert and sadly it never happened.  So N did his very best to make it happen and I love him for that.  That was my first ever time at a concert.  And while I don't really follow Enrique Iglesias' career anymore, I still have very fond memories of that concert.


Then, a lovely, lovely friend of mine who I used to work with in a bookstore invited me out to see this quirky singer, Rosie Thomas, in one of those intimate little venues.  And I loved it.  Afterwards I bought Rosie's album and it is still the album I return to when I need a pick-me-up (even though N thinks it sounds like a really depressing bunch of songs). Whatever - It's just so lovely and gentle and I love it so.  But that gig was years ago. Also before children.  The video I've (hopefully) embedded isn't my favourite song on the album, but I do really like it...

Which brings me to the point of this blog post.  Tonight, N and some friends and I are all going to see Nerina Pallott in at Union Chapel in London.  It'll my 3rd ever concert and I cannot wait. I've been listening to Fires and The Graduate and Year of the Wolf on repeat for weeks. I love Nerina Pallot. Geek Love is one of my favourite ever songs.


Which five (still living and performing) artists would you most like to see in concert?
Written by Michelle Fluttering Butterflies at 08:00